Barbara Wilks was invited to participate on the Resource Team for the 2007 Mayor’s Institute on City Design, hosted by Mayor Cicilline in Providence Rhode Island. It was an exciting opportunity to engage in creative conversation with Mayors from all over the country about the role design can play in the transformation and development of their cities. As an architect, it is critical to understand the political and economic forces that are shaping our cities and public spaces.

The Mayor’s Institute engages mayors with leading design thinkers to find solutions to critical design challenges in their city, while gaining an appreciation for and an understanding of the design process. In this way, the Mayor’s Institute has helped transform communities around the world through design by preparing mayors to be the chief urban designers of their cities. The Mayor’s Institute on City Design (MICD) is a partnership program of the National Endowment for the Arts, the American Architectural Foundation, and the United States Conference of Mayors. 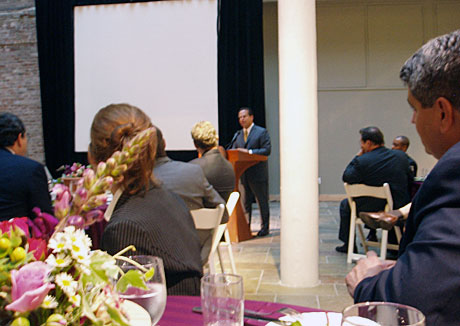