Check out the W team hanging out in Plaza 33! A terrific article on the plaza was just published by the Wall Street Journal. The article, “An Oasis in Midtown's Mayhem,” heralds the plaza as a refuge from the crowds and grit that have historically surrounded Penn Station. The plaza is part of a neighborhood revitalization plan, which includes improving the pedestrian experience for the area. The project design was completed in only a few months, was opened on August 10th, and will remain open until October 11. If Plaza 33 remains successful, a permanent plaza may be developed for the location in the future. 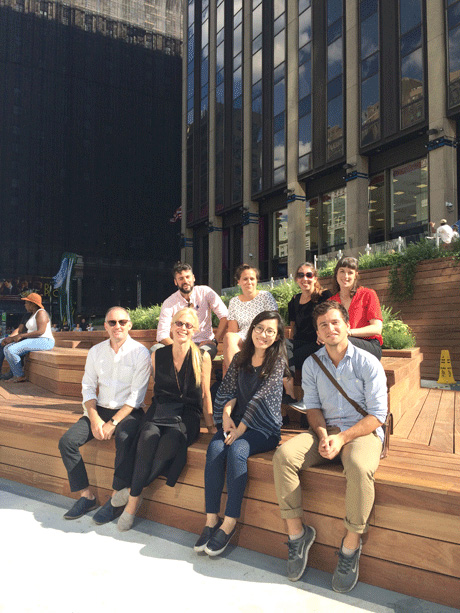