The January 2020 issue of Landscape Architecture Magazine has a feature story on our St. Patrick’s Island in Calgary, Alberta. W and Civitas collaborated on the design of the public park with the Calgary Municipal Land Corporation as client, which contributed to the revitalization of Calgary’s East Village neighborhood. The article describes how the park was designed to flood, and successfully withstood the catastrophic flooding that inundated southern Alberta in 2013. The design also re-introduced natural channels that had been filled, new plantings weaved in amidst the existing cottonwood forest, a bathroom building clad with salvaged wood, and provides a welcoming environment for all. Preserving the island’s native vegetation and expanding it was of utmost importance to Barbara Wilks and Mark Johnson, and in sparsely vegetated zones, they specified wildflower seeding and plugs of woody shrubs to jump start the process of natural succession back toward galley forest. Today, it is difficult to tell which areas were planted as part of the design and which were originally forest, because the vegetation blends together so well. Brian Barth, the author, notes that the park’s subtle interventions and thoughtfully located design elements distinguish the island from other new urban parks. 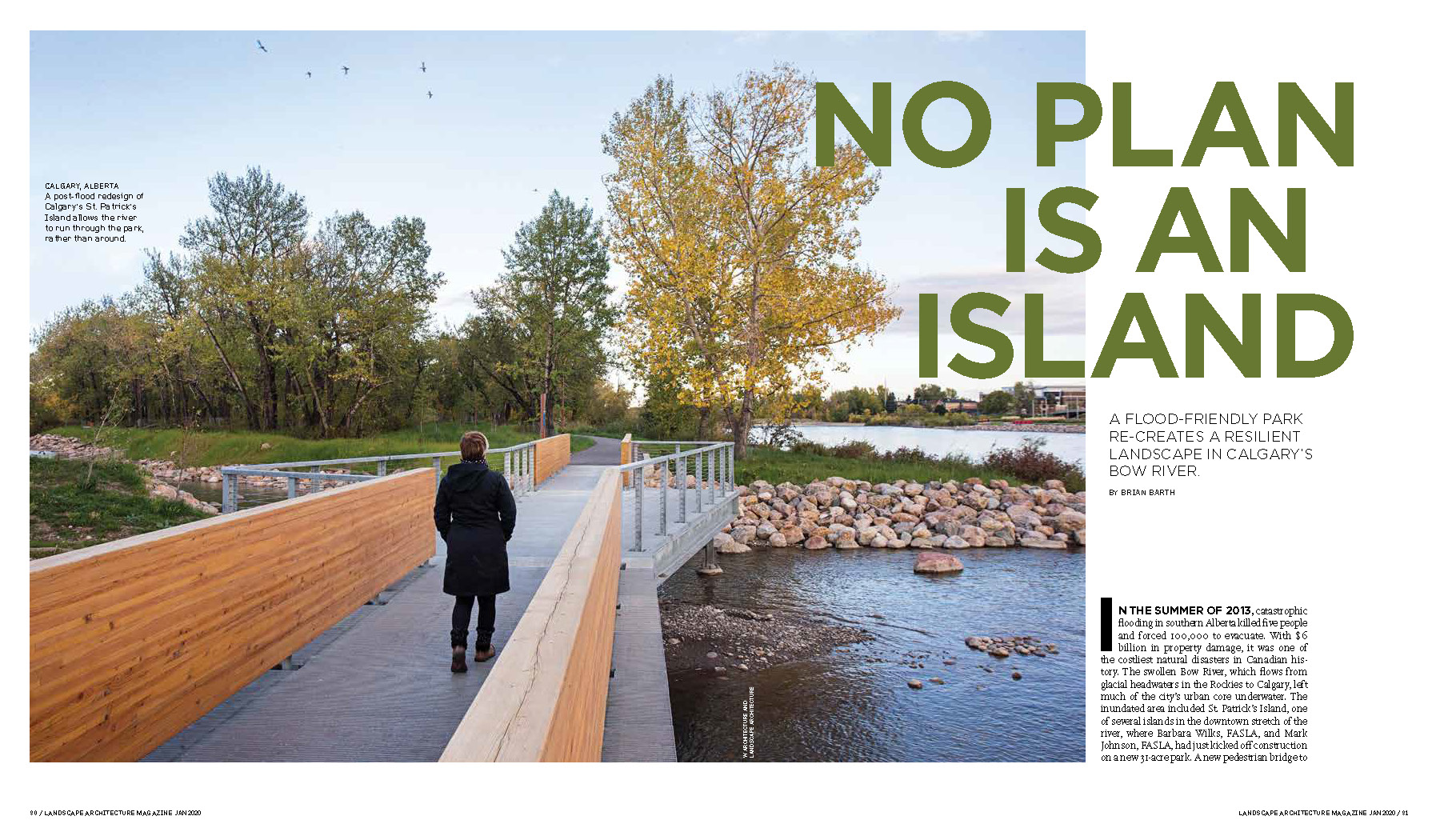