New York City recently passed a climate legislation package focused on buildings, which are responsible for three quarters of local emissions. The package includes Local Laws 92 and 94, which went into effect in November 2019 and require all new buildings and major roof alterations to have a green roof, solar panels, or some combination of the two. In 2016, there were only 736 green roofs in NYC, which amounts to less than 0.1% of building in the city – so this legislation could have a dramatic impact on the city.

At W, we are well versed in green roof design and construction – we have designed many successful and thriving green roofs in the New York City area. Green roofs are important for stormwater management, reducing the urban heat island effect, reducing carbon emissions, habitat creation, and wildlife conservation. Read an in depth discussion about the benefits of green and solar roofs on Urban Omnibus here. 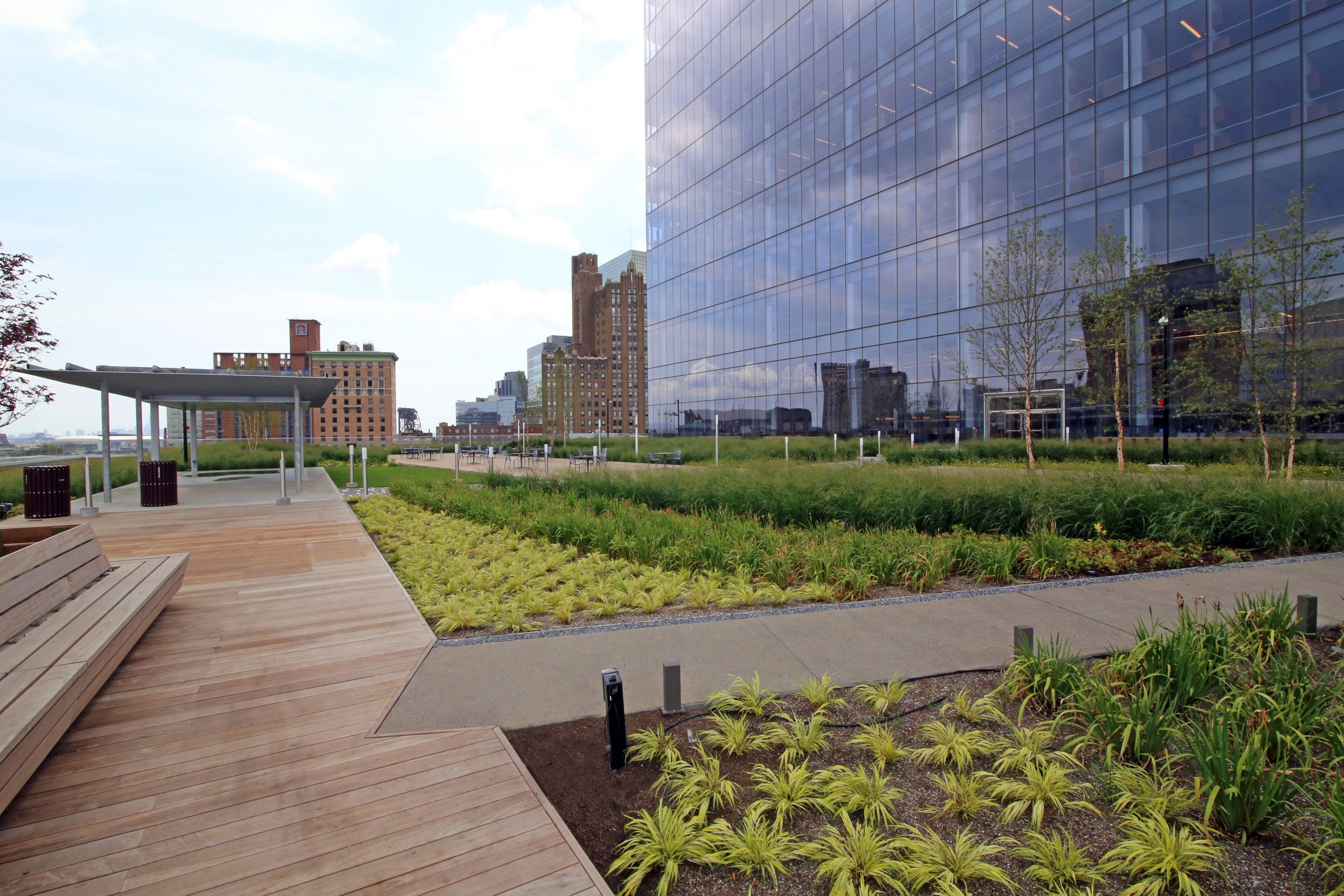