Celebrating and remembering Michael Sorkin (1948-2020), generous and passionate architect and friend.  He shared his delight in the possibilities of the world around him.  Thank you for these thoughts on nature from our 2013 book, Structuring Confluence; we are going to include the entire essay in his honor:

It’s always been tough to tell nature and culture apart.  The pervasive idea of a creator, a celestial designer, a cosmic Capability Brown, continues to infuse the way we situate ourselves within the web of life.  Whether in the absurdities of arguments from “intelligent design” or the more rigorous prescriptions of evolution, the styles in which we comprehend the motives behind the forms of our environment define the character of our own autonomy.

This grappling with questions of whether we’re in or out of nature is imbued with the myth of paradise, with our expulsion from that lovely garden of total irresponsibility. Such fantasies gave rise to competing theories of whether we’ve fallen from an ideal state of continuity with the natural – predicated on our pre-lapsarian ignorance before we bit into that forbidden Granny Smith – or whether we’ve risen above it to lord it over all the other creatures great and small.  The great 18th century debates about states of nature – whether they represented a condition of total harmoniousness or a brutal war of all against all – form part of the bedrock not simply of moral philosophy but of way in which we understand the “landscape.”

At the same time that these twin philosophical theories of the state of nature were formulated, the practices of landscape architecture also became articulate.  In the standard western telling of the tale (of course, Asian landscape traditions were longstanding but only filtered into our consciousness as the result of the colonial enterprise), another double sensibility – identified with the French and the English – arose.  According to this history, the French tradition was formal, “rational” and was permeated by geometric forms and radical discipline of plant materials, held in Euclidian bondage.  The English style, on the other hand, was artfully composed to give the appearance of romantic “wildness,” meant to appear not designed but found.

Of course, there was a parallel development as agriculture and forestry grew in scale and technological sophistication, representing a functionalist other that has always been the predominant form of terrestrial cultivation but which has long been aesthetically invisible, just “part of the landscape”.  As I write this, I am riding in a car through a heavily afforested area of northern China and am looking at the way in which the deliberate forests all around me are planted in a strict grid rather than according to the more natural (dis)order engendered by wind and birds and shade and “accident.”  Tomorrow I’ll fly home over the American west with its own massive geometries of the mile-square grid and the profusion of irrigated circles, land brought under control – made productive – by its efficiently ordering geometry, conducing the legible transformation of nature into property, much to the chagrin of Native Americans whose metaphysic of property and pattern was altogether different.

This same dialectic of order and disorder – rather of two aesthetics of order – reached a sublime balance with the extension of the Manhattan grid after 1811 and the design and development of Central Park.  One might argue that this arrangement – disorder within order – is a conceptual flipping of the English tradition, in which a highly rational, acutely geometric, Georgian manor house was inscribed within a wild landscape, reflected a deft reversal of relations to characterize the difference between the country and the city.  This occurred at the moment at which, as Raymond Williams and others have pointed out, the country was itself being urbanized, at which capitalist relations of property – reflected in the English enclosure laws – were being inscribed on feudal patterns and which produced people who were living according to urban habits and rituals in the countryside.

All this grappling with the representation of nature grew from the rise in actual scientific understanding.  This included Linnean taxonomy and the impetus – not unrelated to the project of global colonialism – to identify (and collect) every species, every mineral, every culture: to possess them all.  The sense of a vast planetary encyclopedia continues to shape our own consciousness, both in terms of the environmentalist anxiety about the disappearance of species due to anthropogenically-induced extinctions, which threaten both our bio-diversity – our absolute faith – and give rise to more specialized fears, ranging from the possibility that the plant that’s just gone under forever might have been the cure for cancer to a more free-form dread of a homogenizing sphere in which all cultures and human variety are converging on cyborg forms of multinational control.

The modern acculturation of the landscape was made particularly precise by Darwinism and our subsequent understanding of the genetic basis for the process of evolution, a set of ideas that potentiated another species of dynamism in the way we look at natural systems.  The scientific school of ecology that grew around evolutionary theory and its ideas about speciation was quickly transmuted into the urban theory, in particular via the Chicago school and in the work of Patrick Geddes and his successors.  These brought the growth and differentiation of cities under the metaphorical regime of ecology and evolution and this “master narrative” continues to inform our thinking about urban behavior, as well as our on-going angst about our own dominion.

Today, we are in the midst of a major re-understanding of the relationship between cities and nature and the theoretical territory is contested by a number of vaguely differentiated schools of thought, including landscape urbanists, new urbanists, ecological urbanists, ad infinitum.  What all have recognized is the need to recalibrate the relationship between cities and the earth in light of exponential urban growth (more than half the planet now lives in cities), the massive deterioration of the environment due to human activities, and the insane levels of inequality that the neo-liberal economy is producing.  We are coming to be chillingly aware of the possibility that we will exceed (may already have exceeded) the bearing capacity of the earth: by one estimate, if everyone were to consume at the rate of the US, we would need an additional three planets to supply our needs.

And so the subject of “landscape” is reintroduced into the discussion of cities as a form of corrective re-understanding.  For many, this is just window dressing, an ornamental tithe to the parlous fate of the earth.  For others, though, it is a gateway to a set of metrics – the algorithms of our ecological footprints – that can undergird a clarity of values in urban design and lead to a far more nuanced understanding of the behavior of both our cities and ourselves in planetary terms.  The calculus of necessary food, water, oxygen, energy, manufacturing, bio-diversity, etc. has finally become explicitly foundational in the way we do our work.  The recent wake-up calls received from the news that global CO2 has passed 400 parts per million for the first time in several million years, from the shocks of highly destructive and energetic storms like Sandy, from the melting of the ice caps, and from the sheer, alienating, dreariness of our burgeoning megacities, are directing us to rethink our practices, to argue that they are authentically commensurate with the scale of the problems we confront.

Crucial to designers is, of course, the question of the artistic content of our endeavors.  Modernist architectural writ took it as an item of faith that there could be a merger between the social, the technical, and the artistic that offered an almost automated aesthetic.  Functionalism suggested that form was the outcome of a series of calculations that would inevitably produce beautiful results: it conceived beauty performatively in the same way an aeronautical engineer or naval architect would find an object elegant to exactly the degree it was economic and efficient.  Although this sort of arithmetic can easily turn dark, I don’t think it’s misplaced to suggest that we need a return to evidence-based forms of architectural, urban, and landscape design, that the effects of our work are a satisfying material basis for constructing an inevitable – but not complete – theory of form.

But a practice becomes art because of some expressive supplement it brings to the table.  Functionalism, inter alia, was artistic (including the claims to the contrary that formed part of its operation) because it was in energetic dialogue with the forms of expression it sought to supplant (a battle of the styles like every other) and because it embodied a set of formal predilections that were, in fact, completely susceptible to traditional modes of aesthetic analysis.  Modernist urbanism foundered, however, on the rigidity – indeed, the stupidity – with which it linked its socially-glossed forms with a vision of urban life that was fundamentally appalling.  Not as a critique of the 19th century industrial city – which was an unsustainable and degrading horror – but in the one-dimensionality of its own ideas about replacement.

Today, this battle is rejoined as different formal ideas jostle for the crown of the one true urban or landscape practice.  This is an enervating, useless, and distracting struggle, particularly when seen in the environmental context which must more and more be engaged in helping to find the sources of local particularity as they are increasingly winnowed by global stereotypes and moronic simulacra.  But, looking in on the landscape profession from my slightly oblique view, I find it both socially and artistically heartening to see the thickening range of forms and practices and the increased attunement to the rhythms and respirations of the city that have come to characterize the work of many.  Indeed, it is exactly the capacity of landscape architecture to structure confluence among the disciplines that establishes its special relevance today.  Although my own tooth for irony and minimalism is not what it once was, I don’t suggest that we abandon either the drollery, abstract heroism, or critical edge they embody: I like gilt bagels and running fences as much as the next aesthete.  But there is something so bracing about forms that produce, that shade, that greet the earth with tenderness and redress, that spread the complexity necessary for the widest possible and happiest co-habitation of our only planet.

The projects in this volume do precisely that.  To paraphrase: we invent our nature and then it invents us.  And then we invent it again. 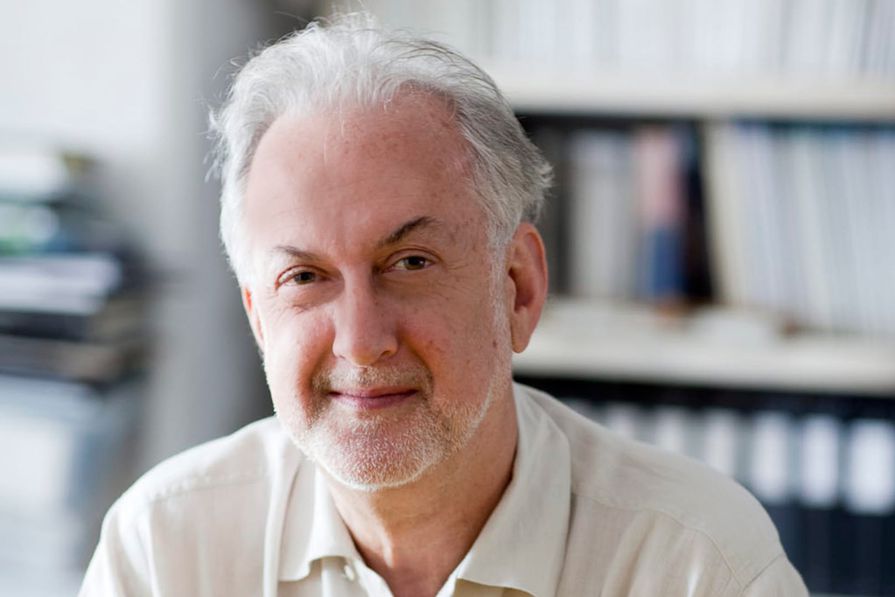