Dezeen covered Janet Echelman‘s new installation, Bending Arc, in St. Petersburg’s new Pier District. The woven sculpture is composed with blue fibers on a site with a history that traces back to the Civil Rights Movement. Bending Arc is a permanent work suspended above the Pier Approach, designed by W. Echelman is a Florida native and wanted to honor the site’s historic significance during the Civil Rights movement. In the 1950s, local citizens protested segregation on the site. The outcry and protests led to the 1957 Supreme Court ruling that allowed people of all races to use the municipal beach and swimming pool.

Echelman said, “I wanted to celebrate the courage of the people whose work led to the freedom and inclusion we can all experience today at the new pier.” Echelman titled the work Bending Arc to reference words said by activist Martin Luther King: “The arc of the moral universe is long, but it bends toward justice.” She added, “The title Bending Arc is important to me, and it embraces the goal of the new pier to welcome everyone – all ages, all backgrounds.”

Echelman also took cues from the colors and patterns of beach umbrellas and marine barnacles that live beneath the pier. The colors of the sculpture also reflect hues of blue like the sky in a full gradient. The netting is woven together by knots, inspired by a method used by mariners. On site cranes were used to install and pull the roping taut. The piece had to be designed to withstand high winds and all weather conditions. At night energy-efficient LED lights project tones of pink and purple across the sculpture making it glow.

Ultimately, Echelman says, “When I look at the sculpture, I see a physical proof of humankind’s ability to work together in shaping our physical world – and to ‘bend the moral arc of the universe.’ It’s a reminder of our interconnectedness on every scale.” 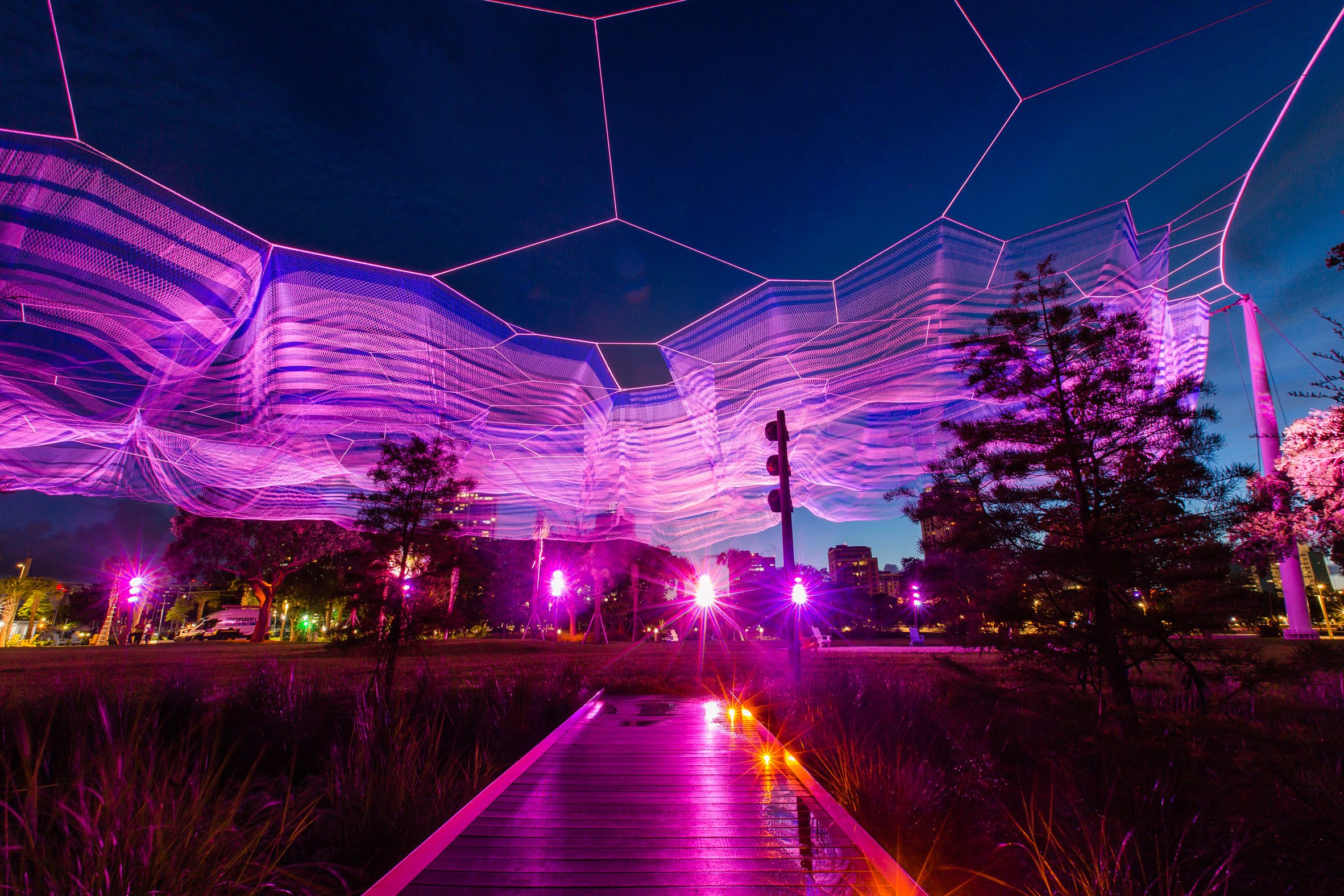