Author Suketu Mehta and New York Times’ architecture critic Michael Kimmelman took a tour of Jackson Heights, Queens – the most culturally diverse neighborhood in New York in this article, Jackson Heights, Global Town Square. The two met and began their tour at Diversity Plaza – W worked with NYC DDC, NYC DOT, and the community to redesign and improve the plaza. The plaza was created in 2012 by closing two blocks to cars and prioritizing pedestrians, and the plaza redesign opened in 2018.

As Michael Kimmelman says, “It’s almost miraculous, the effect just closing off a single street to cars had.” The plaza provides public seating, landscaping, and ample opportunity and flexible space for community-based events all year round. Kimmelman also writes that the plaza “has become Jackson Heights’s de facto town square and a proud symbol of Queens as the city’s most international borough. Half a block away, Patel Brothers, the Indian grocer, does brisk business. The plaza attracts tourists coming off the subway, looking for cheap eats, and is a meeting spot for locals, who hang out and debate politics, pick up prescriptions from the Bangladeshi pharmacy, and buy momos and samosas from the shops and food stalls that, cheek by jowl, pack both sides of the block.”

We are proud to see that the plaza has become so important to the neighborhood and serves such a vibrant community. 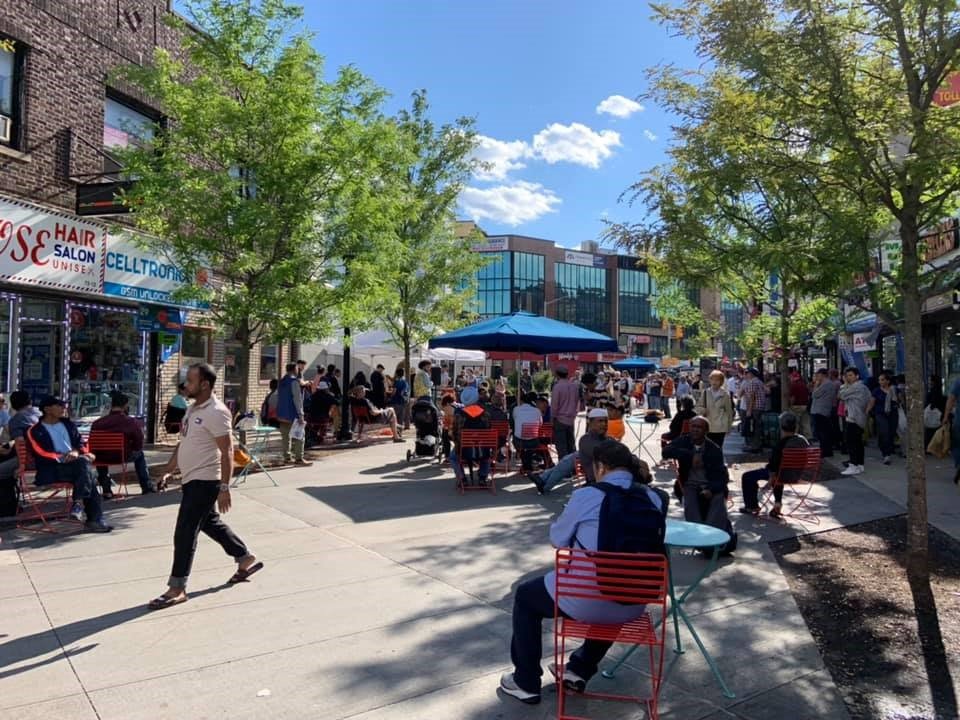