The St. Paul Villager published this article written by Jane McClure on 4/26/2022:

Ideas for what a new River Learning Center at Crosby Farm Park could look like were reviewed on April 14 at a virtual meeting hosted by the Great River Passage Conservancy and Saint Paul Department of Parks and Recreation.

A public survey on the center and its surroundings is scheduled to wrap up on April 30. Ideas from the meeting and survey will help shape alternatives to be brought forward in June.

“This is the critical time to get community input,” said Barbara Wilks, project team lead from W Architecture & Landscape. “We’re in the listen-and-learn phase.”

A second meeting is set for June 9 and a preferred design scheme will be unveiled on July 21. The intent is to finalize planning this year, and construction is tentatively set to start in 2024. The center is expected to open in 2026.

The River Learning Center has been discussed for more than 20 years, but funding requests at the Minnesota Legislature have consistently fallen short. A $20 million bonding request is included in the current session. The total cost of the center and associated park changes are unknown.

The River Learning Center is one of three projects underway as a result of the Great River Passage Plan that was adopted by the city in 2013. The other two are a downtown river balcony along Kellogg Boulevard and the East Side River District centered on Pig’s Eye Lake and adjacent parkland.

The River Learning Center would be located near Watergate Marina, where Hidden Falls and Crosby Farm regional parks meet. Ward 3 City Council member Chris Tolbert said he is excited about the possibilities of the center and other park improvements. He called the area “one of our greatest jewels” in the city park system. The two parks total 610 acres, including trails, picnic areas and boat launches.

The planning process thus far has involved technical and community task forces, and focus groups, with consultants brought in to help. The history and traditions of the Dakota and other indigenous people are being considered as the planning process continues.

Another partner is Your Boat Club, which took over Watergate Marina operations last year through an agreement with the city. There is interest in keeping the marina in place, but also having boats, kayaks and canoes available for public rental. Another issue that has to be weighed is the future of those who occupy houseboats year-round at Watergate.

One issue that has been raised is how the marina is laid out. There is currently a fence between the harbor and the rest of the park, which some people view as unwelcoming.

Consultant James Garrett of 4RM-ULA architects said a number of issues have emerged in planning for the center. One is visibility, since the parks lack adequate signage. It is also difficult for bicyclists and pedestrians to get across busy Shepard Road and down to Crosby.

While much of the parkland is in a natural state, the dredging of a second harbor for Watergate and an aborted residential construction site have disturbed the landscape and floodplain forest.

The park and River Learning Center would serve a diverse population, Garrett said. The population within one mile of the park is almost 50 percent people of color.

But the park presents challenges, he said. There is a need for a public gathering space and basic amenities, including restrooms, improved picnic shelter, lighting, and better access from the bluff to the park and river. The latter has emerged as a top priority.

Park users also want programming for children, environmental education and the chance to have fishing gear and other equipment available. There also is a desire to retain the natural setting that park users currently enjoy.

To learn more about the project and take the survey, visit greatriverpassage.org/projects/river-learning-center. 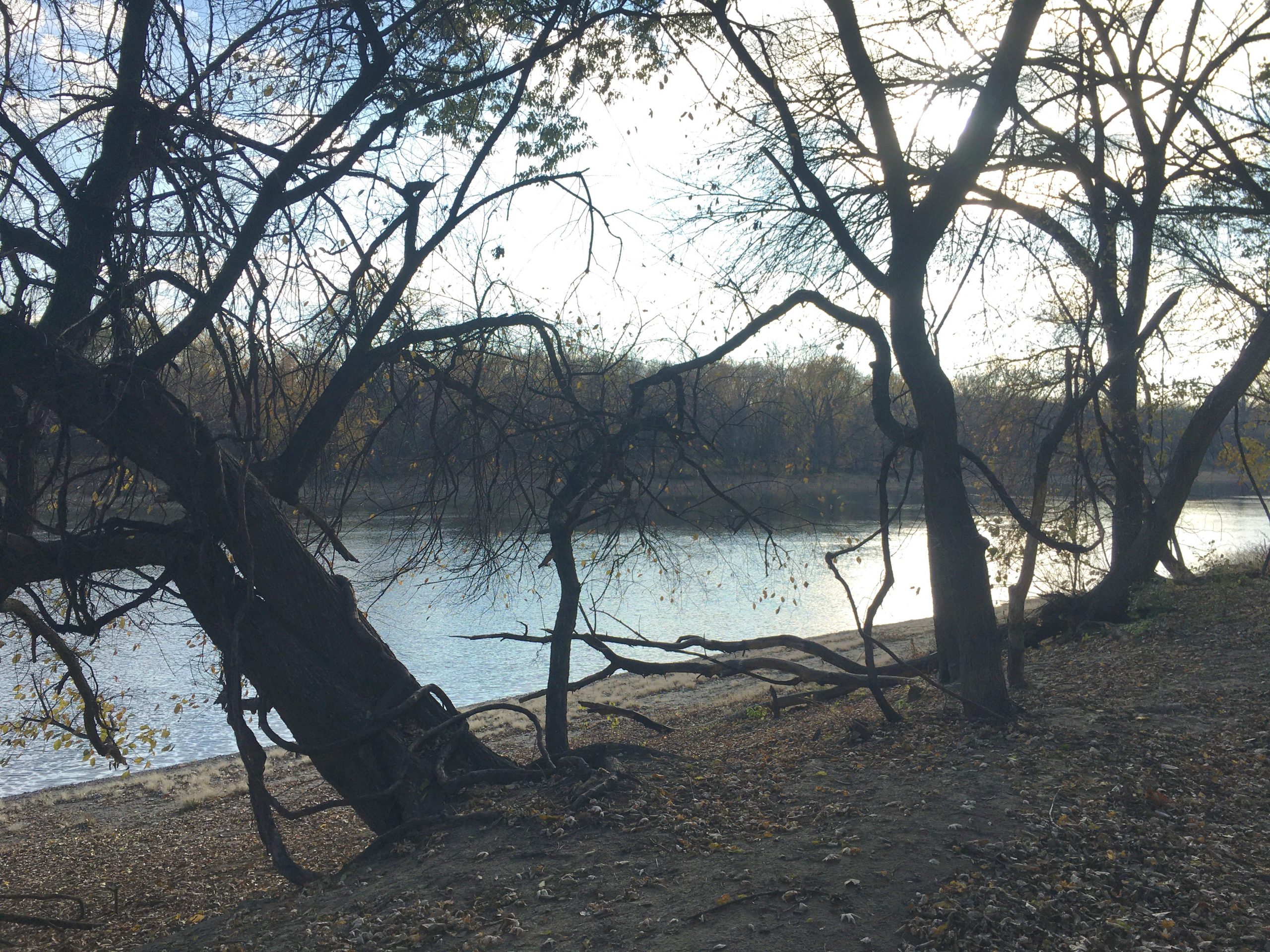