New York is a marine city, built on the world’s fourth largest estuary. Since its founding in the early 1600s until the late 1900s, this environment has been in decline; its great biodiversity has been replaced by cultural diversity. Our design creates a new infrastructure for uniting these disparate realms and creating sustainable, symbiotic relationships between the working and recreational waterfronts as well as creating land- and water-based habitats for many species of animals. Constructed of riverbed-dredge material, new “archipelagos” will form places for refuge and exploration along the Hudson estuary. These will connect to the land via “marine streets”—places in the city grid where the urban landscape breaks and eases into a more natural environment, providing direct access to the water. Marine streets mitigate the boundaries between the water and the land, creating a system of interchange between the city and the river ecology. 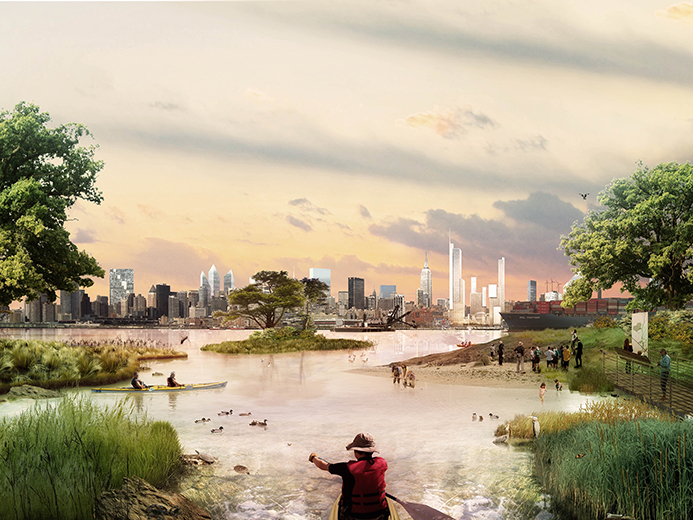 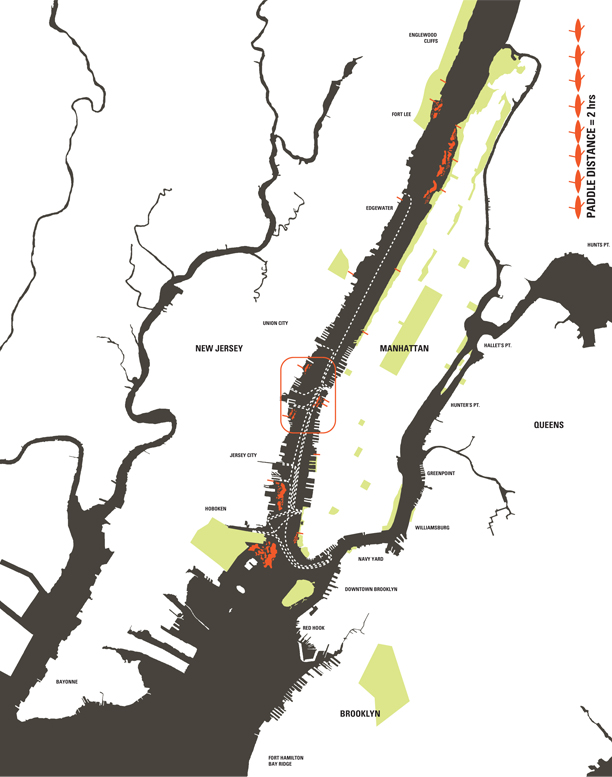 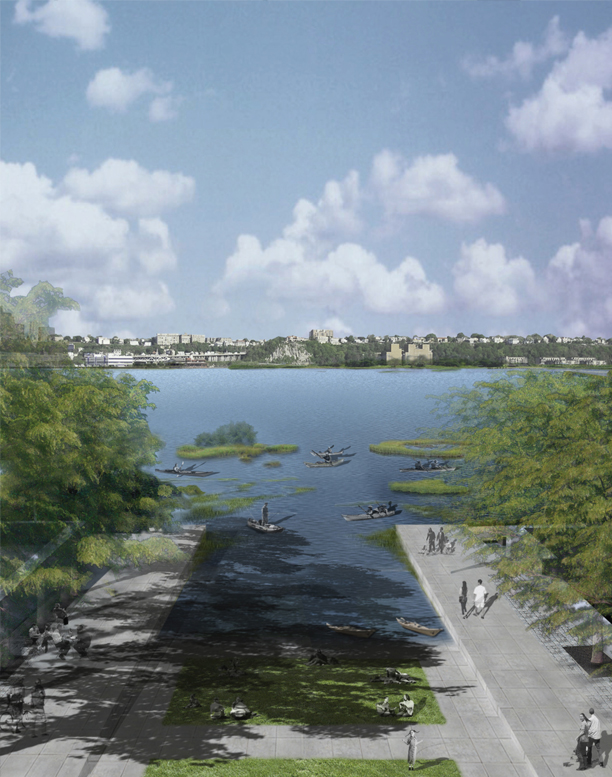