Dead end streets exist in all five boroughs on approximately 25% of the shoreline. Most are under-utilized, and support little traffic, either vehicular or pedestrian. The dead ends is often a fenced barrier prohibiting access to the water’s edge. Changing these poorly used streets to Marine Streets would provide an urban infrastructure that provides ecological and social benefits.

The ecological function is two fold: it will address storm water runoff from the upland as well as storm surges and rising tides from the water side. Marine Streets are designed to slope gradually from the lower tidal elevations up to the street above hundred year flood level. When properly designed, the depressed street will encourage growth of the rich intertidal environment and estuarine habitats. Storm surges and powerful storm currents would be buffered and partially absorbed by the vegetated slopes of the former street. This area also provides habitat for terrestrial as well as aquatic species, increasing local biodiversity.

The streets would remain accessible for pedestrian use, providing social as well as ecological benefits. The perception of being a part of a great marine city will be enhanced by the presence of the water now as much as 1,500 feet further inland in the under-utilized street bed. The daily tidal changes would become more a part of the life of the city, as would seasonal differences in river edge ecology.

With a journal subscription you can download the article here. 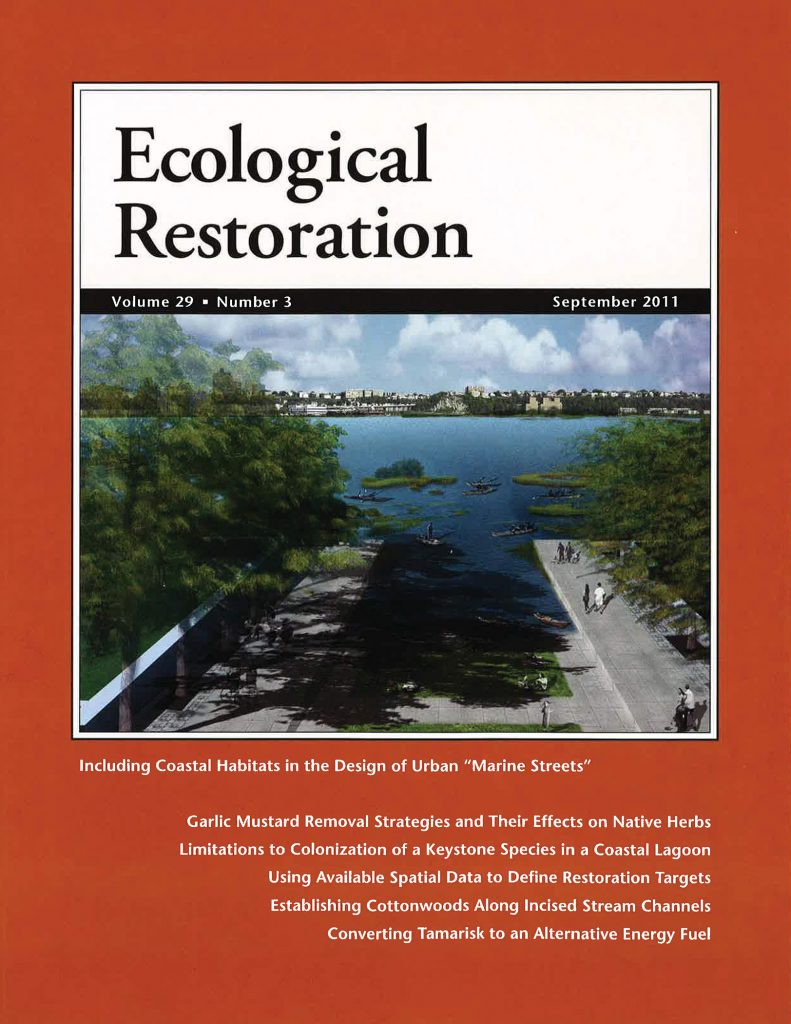 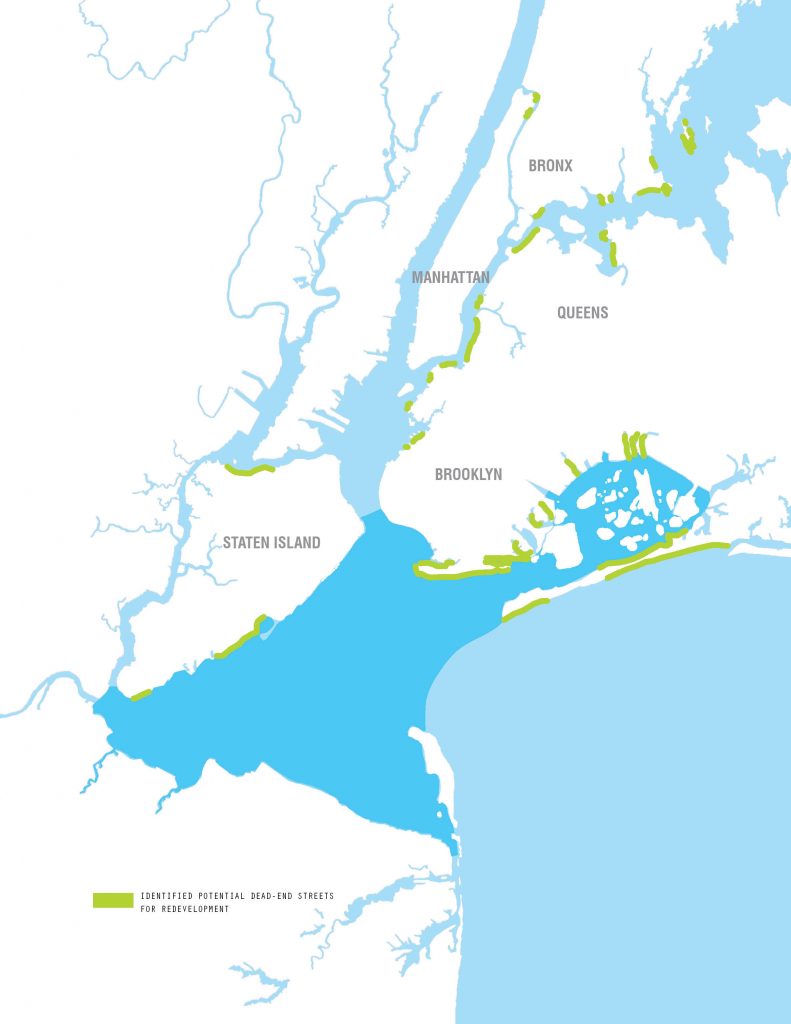 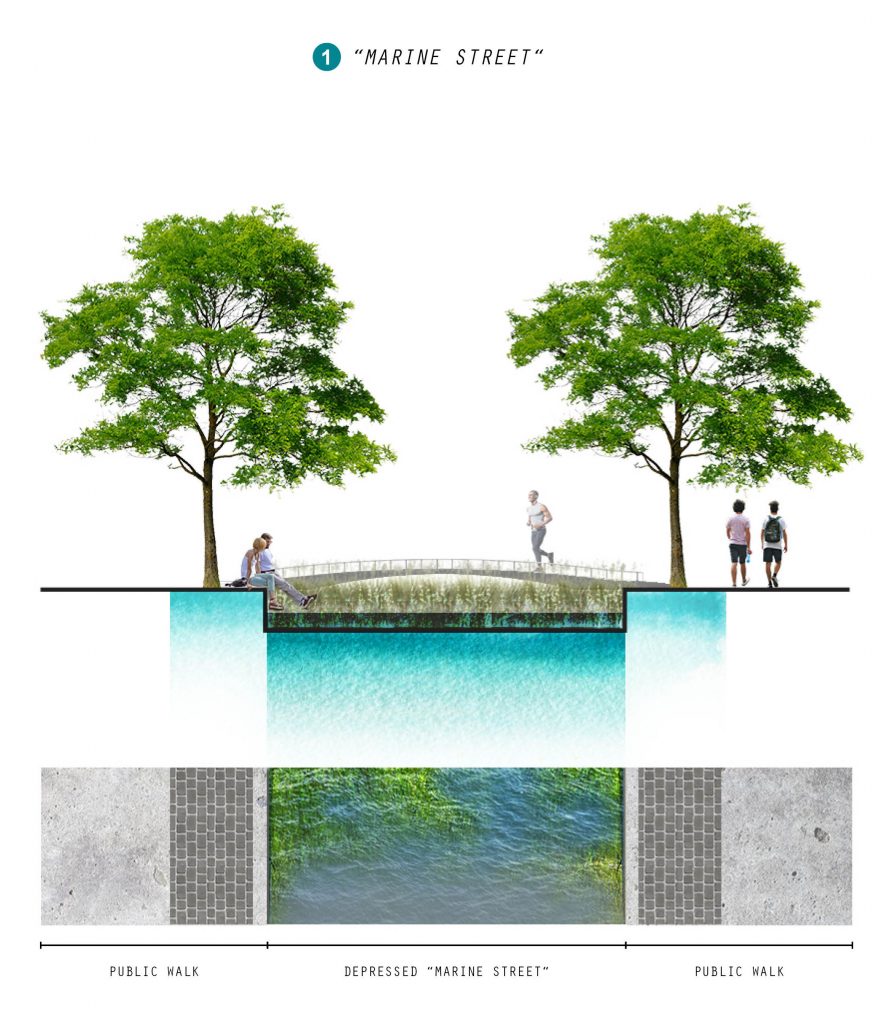 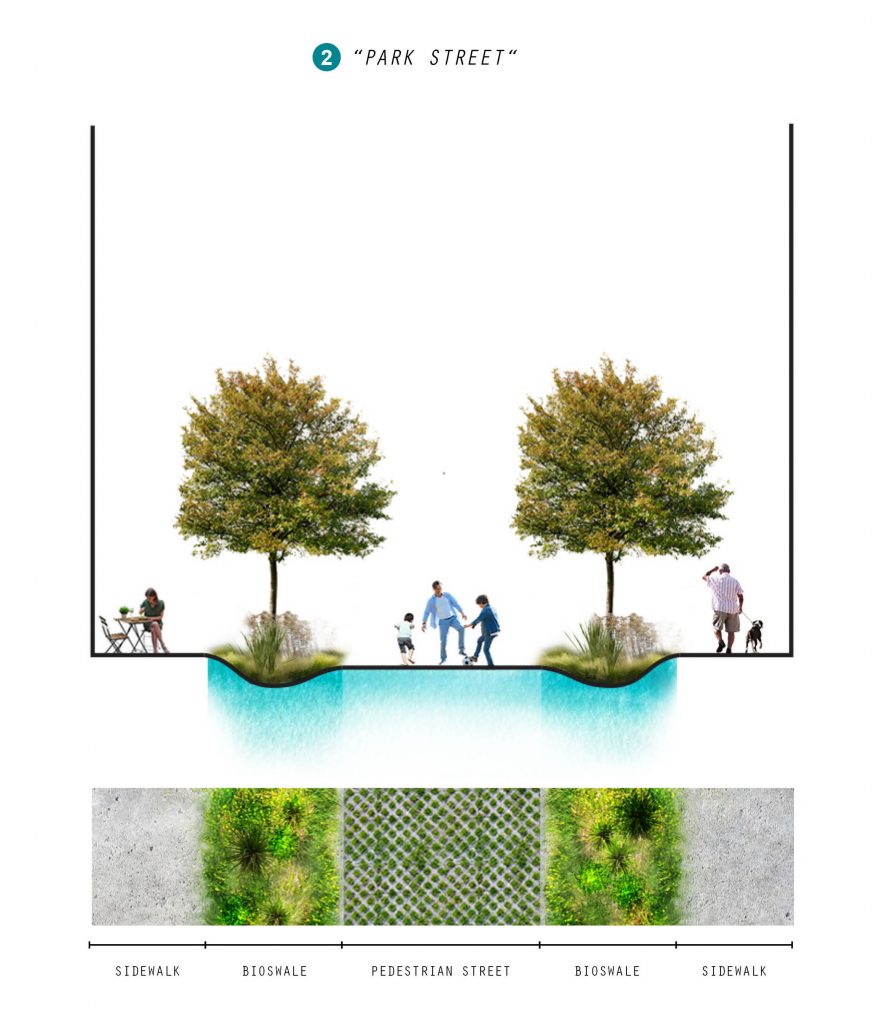 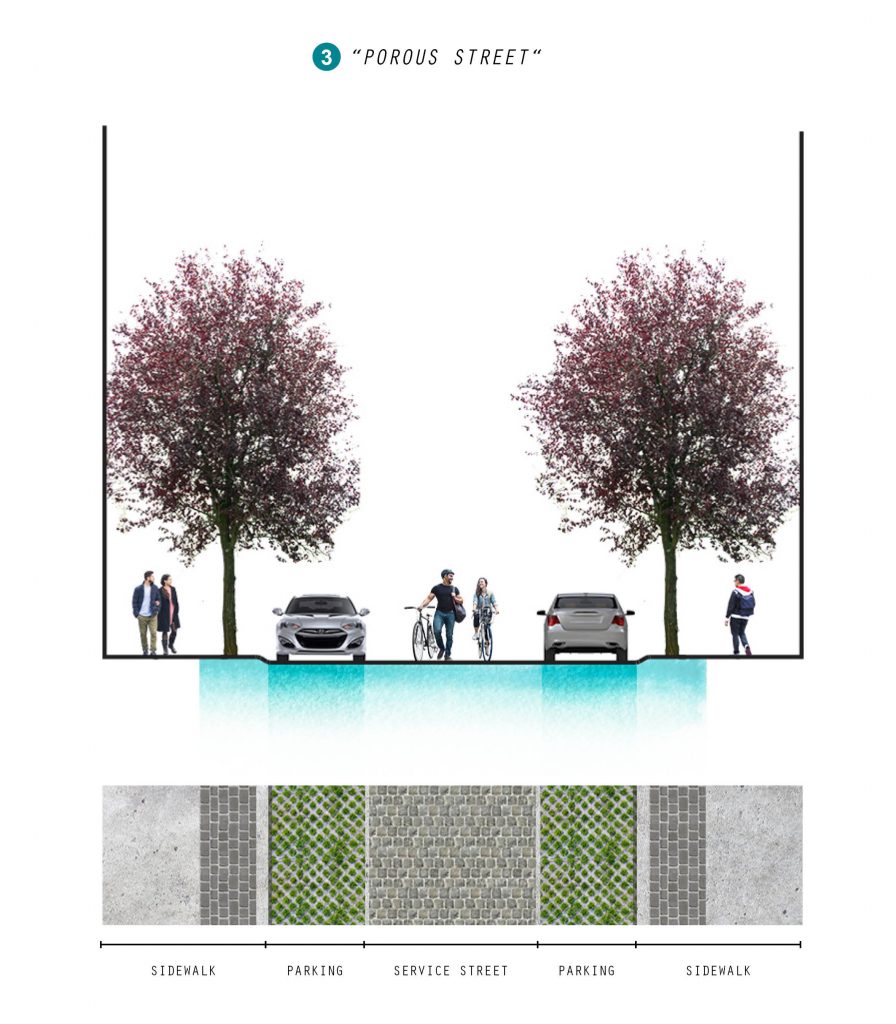 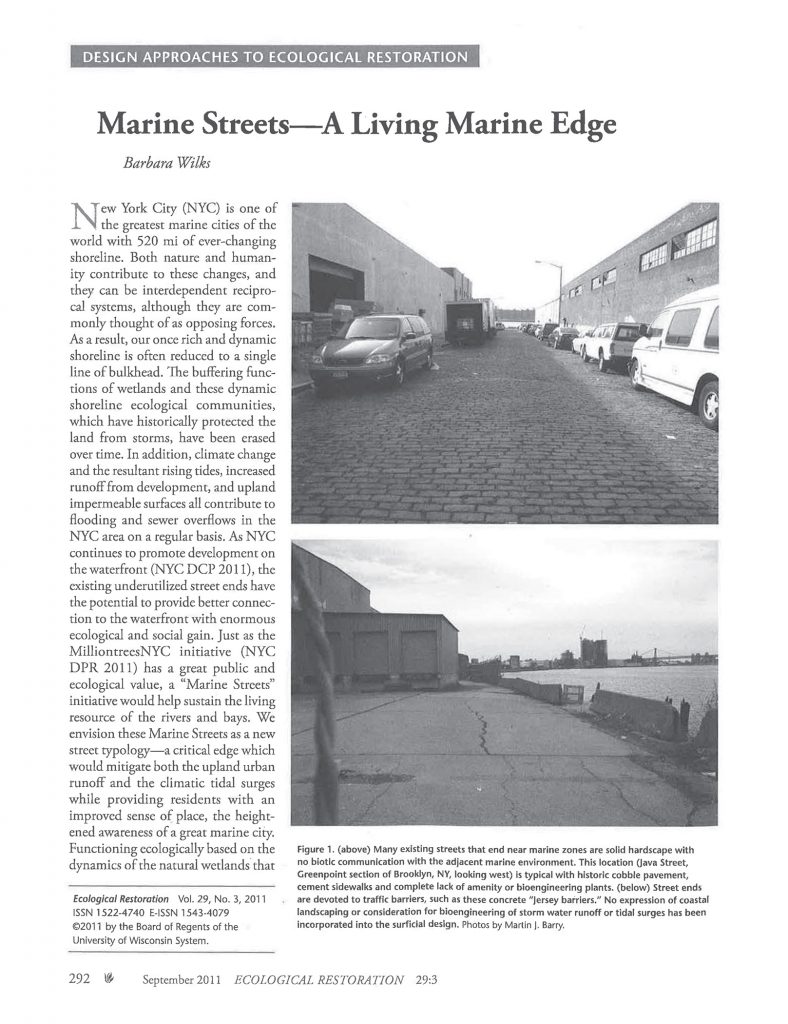 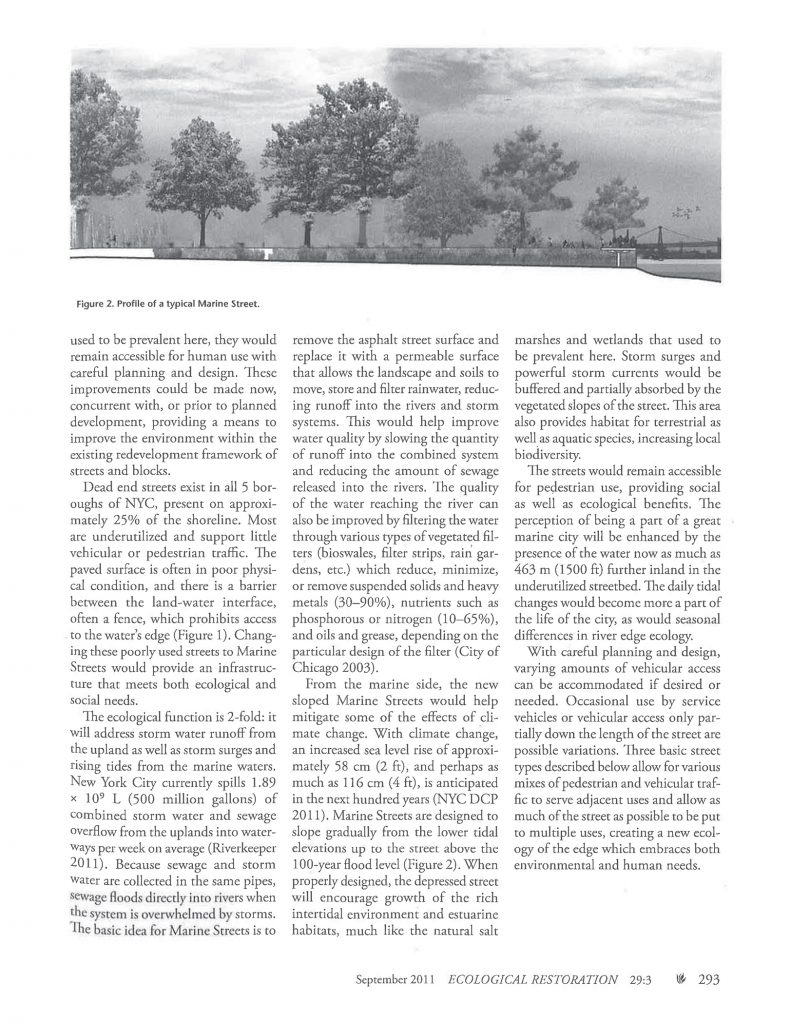 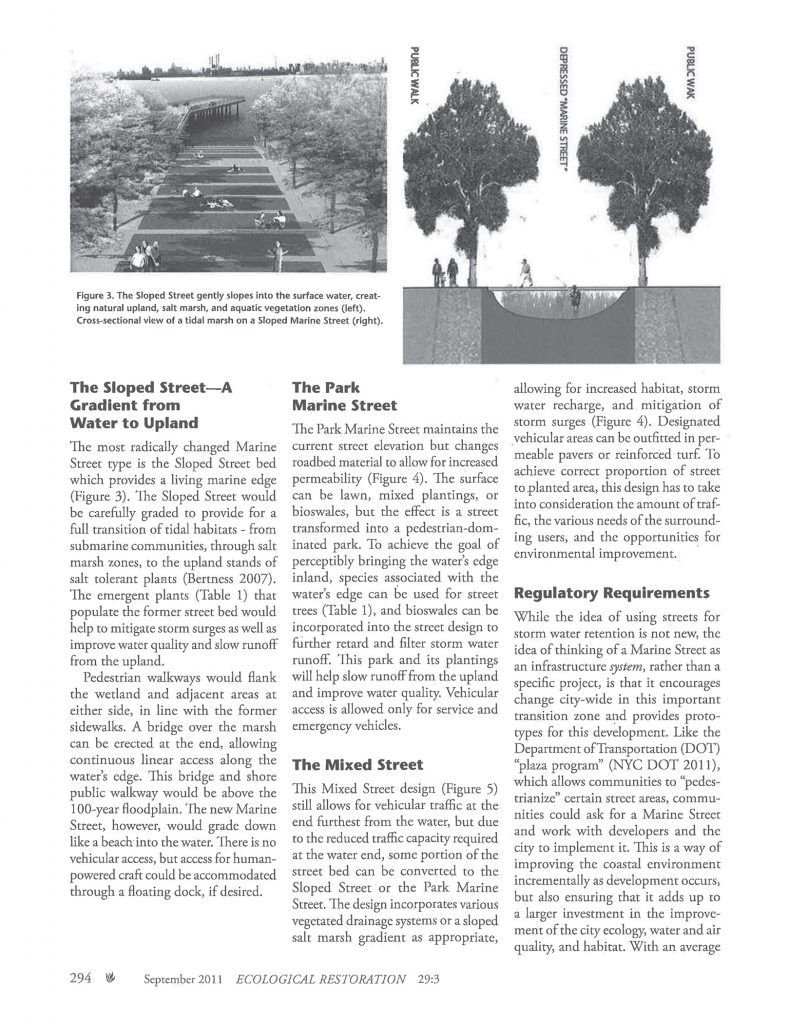 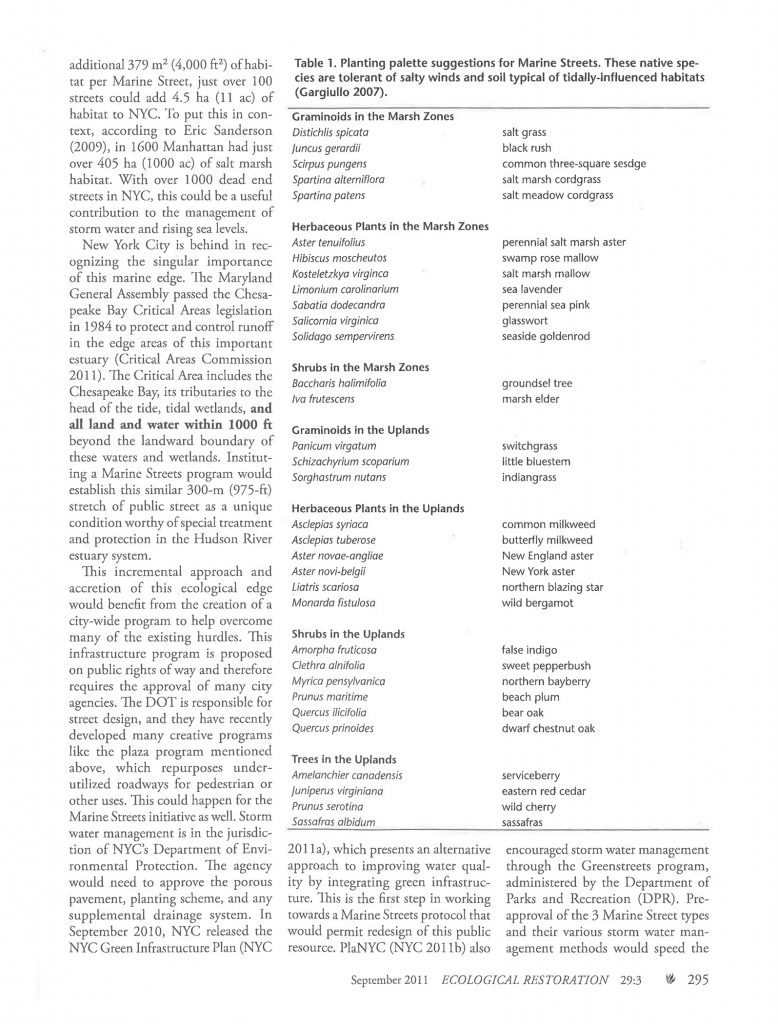 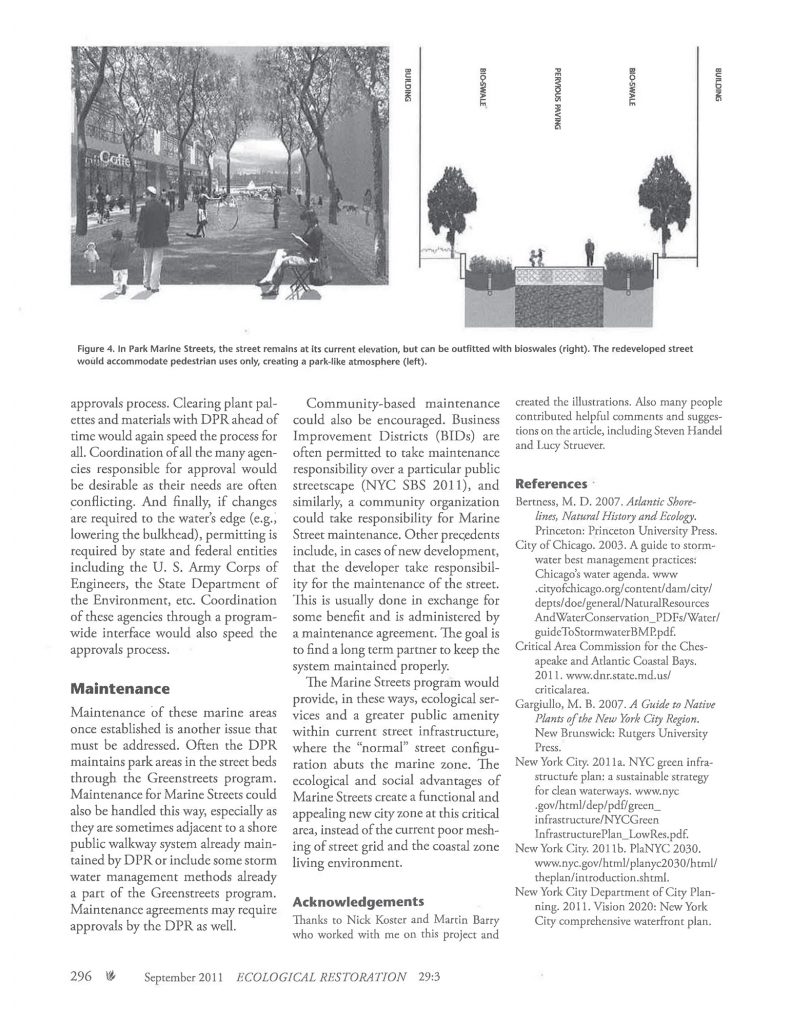 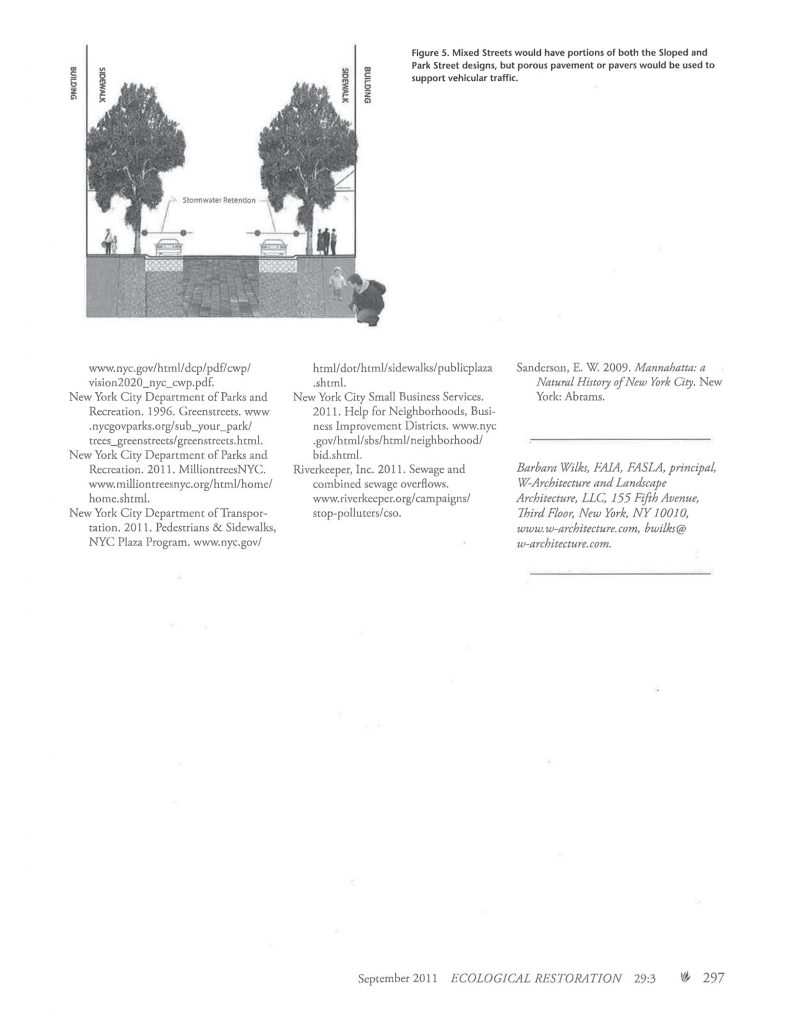 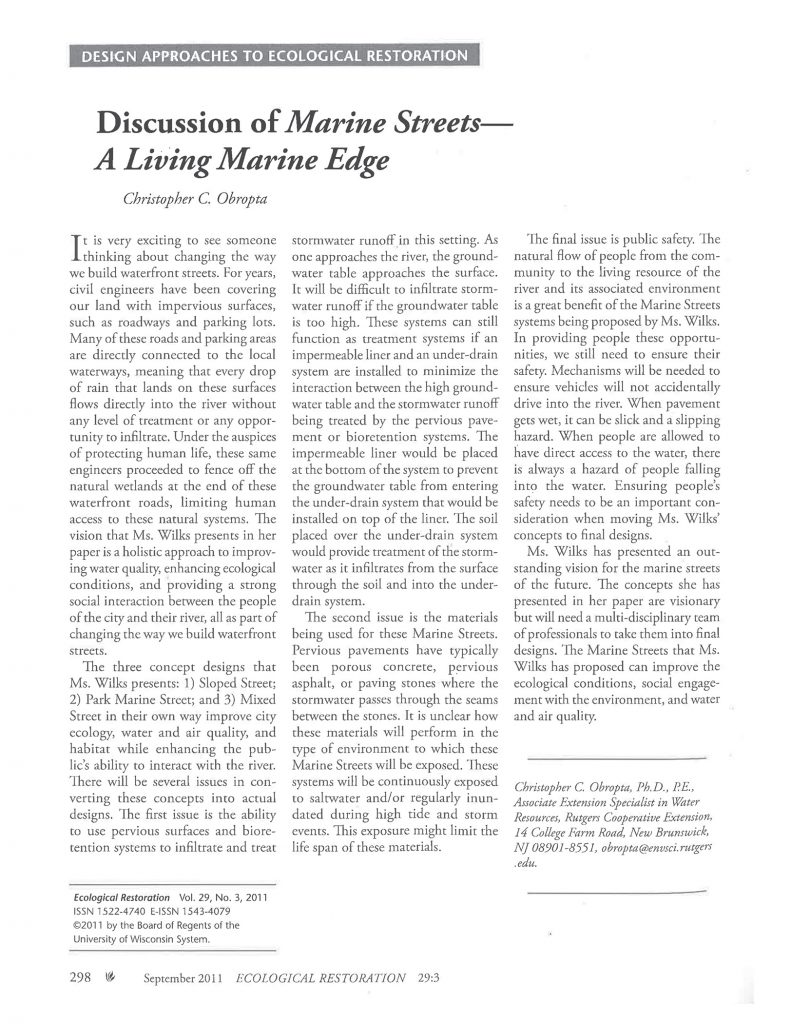