Michel deBroin's Bloom won Calgary Municipal Land Corporation's public art competition in 2013. The light and metal sculpture measures 24 meters tall and is currently being installed on St. Patrick's Island. The sculpture will be visible at night in order to encourage people to frequent the island after dusk. Bloom is inspired by an encounter between the natural landscape of the park and the urban cityscape. Large urban streetlights are assembled together to form the sculpture – a seed of the city sprouted among the trees. Bike and pedestrian paths wind around and underneath the sculpture, and it will be visible from the bridge and opposite shores. 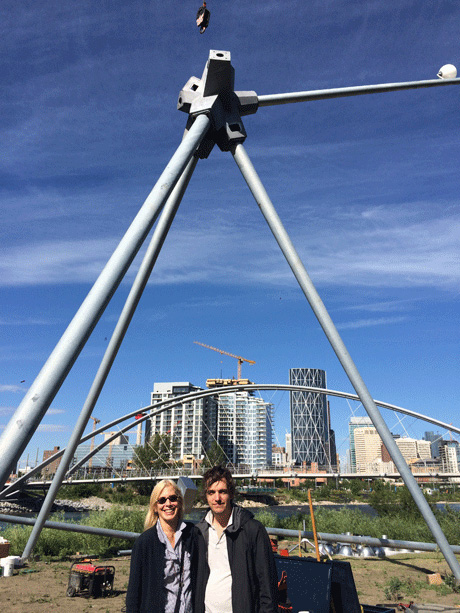