Construction on phase two of The Edge park began this year and will continue through the spring of 2017. Phase one was completed in 2011 and was designed to unite both sides of the East River by re-orienting views across. The city grid and the river's ecosystem converge; blurring the boundaries between land and water. Phase two will include the construction of a new pier for the East River Ferry; the Empire Pier, which will have direct views across the East River to the Empire State Building; and an extension of the waterfront park area, which will extend the public interface with the water's edge and increase waterfront access for the community. 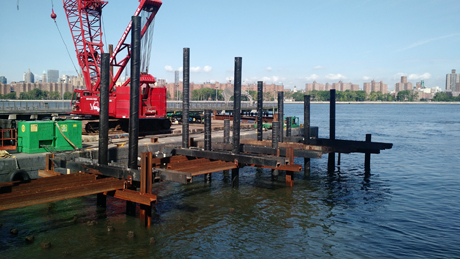