St. Patrick's Island has been identified by Canada's CBC News as one of Calgary's architecture and urban design hotspots! CBC reports that in the past 20 years, global design has changed the face of Calgary, attracting new tourists and putting the city on the map of world design cities. The article notes that W and Civitas transformed the island into a “charming urban playground with a pebble beach, picnic grove, pathways, playgrounds, plaza and private places to sit.” In 2016, the island was also recognized as one of Canada's “Great Public Spaces” by the Canadian Institute of Planners. 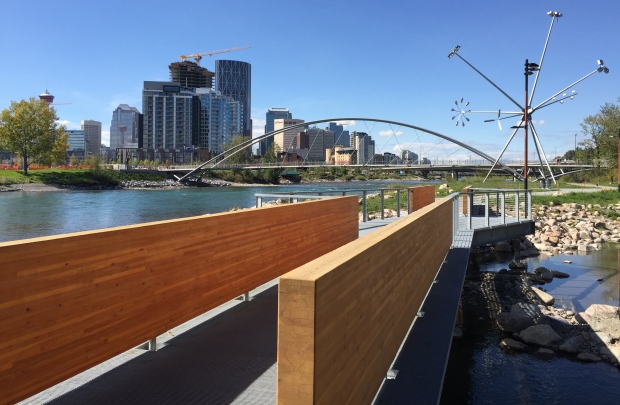