Saturday was the Grand Opening of the Julian B. Lane Riverfront Park, our project with Civitas of Denver. We collaborated on the overall park concept and then were responsible for the design of the park buildings, including the 23,000 SF Rivercenter, seen in the background here. Mayor Buckhorn cut the ribbon after the scissors were brought to the stage by six Navy Seal paratroopers, who landed at the park. Music and fireworks after&mdash;what a spectacular day! Thank you Civitas for inviting us to join your team and congratulations! 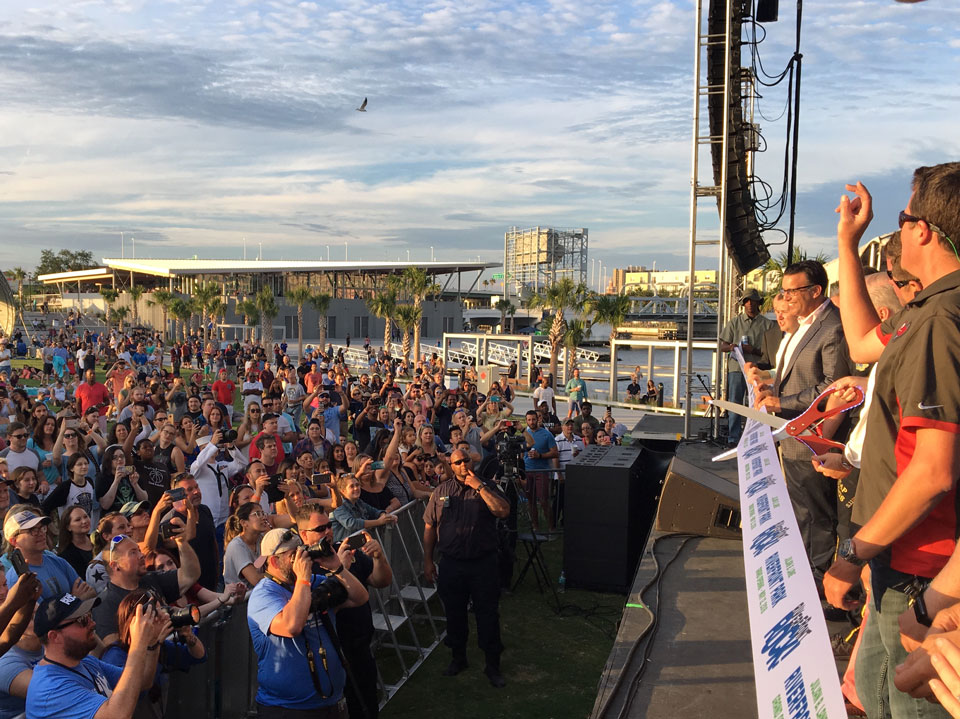