There will be an additional screening of Beverly Willis' documentary on the contributions of Women Architects in New York City. W Architecture was honored to be featured in the film for our projects West Harlem Piers and 50 West Street. The screening is free and will take place on Thursday January 17th, at the Royal green Appliance Center at 280 Broadway at Reade Street in Manhattan.For details and to RSVP for this free screening click here.Below is our announcement from last year's premier.

We were honored to have two of our projects – West Harlem Piers Park and 50 West – included in the film 'Unknown New York – the City that Women Built.' The film had its world premiere last night in NYC. The film celebrates the skyskrapers, bridges, gardens, houses, and other structures built by women that make up the city's complex urban fabric. Congratulations and thanks to Beverly Willis who had the vision and created the film!
Share on Facebook 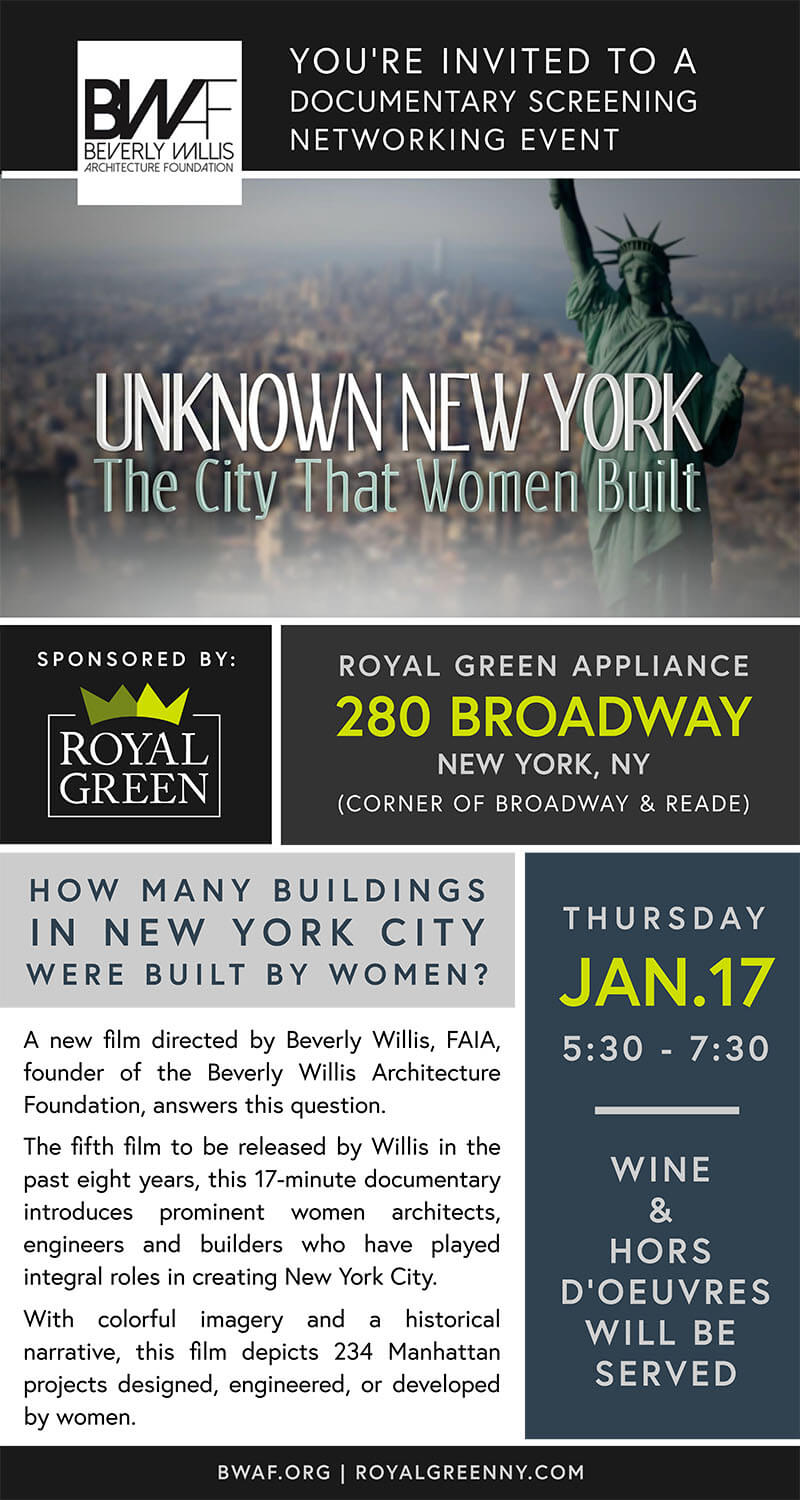