The NYC Economic Development Corporation (NYCEDC) announced plans for a $136 million Made In New York campus in Sunset Park that will serve as a hub for the city’s garment manufacturers, who are increasingly squeezed by rents in Manhattan’s garment district. Curbed NY released an update last week that the project is currently in the permitting process and aims to break ground in the coming months. W Architecture and Landscape Architecture, along with Dewberry engineers, is designing more than five acres of new public space as part of the campus and to complement the neighboring Bush Terminal Piers Park. The landscape will minimize pedestrian-vehicular conflict, and will include a main plaza, pedestrian entry streets, a waterfront promenade, seating areas, and open space for events. nArchitects and Perkins Eastman are renovating a pair of existing structures and will support 20-30 fashion manufacturers geared toward tenants pattern making, cutting and sewing, and sample production. The city is touting the campus as an economic boon for Sunset Park with the projected creation of 1,500 permanent jobs and 800 construction jobs. The new campus is set to open in the spring of 2021. 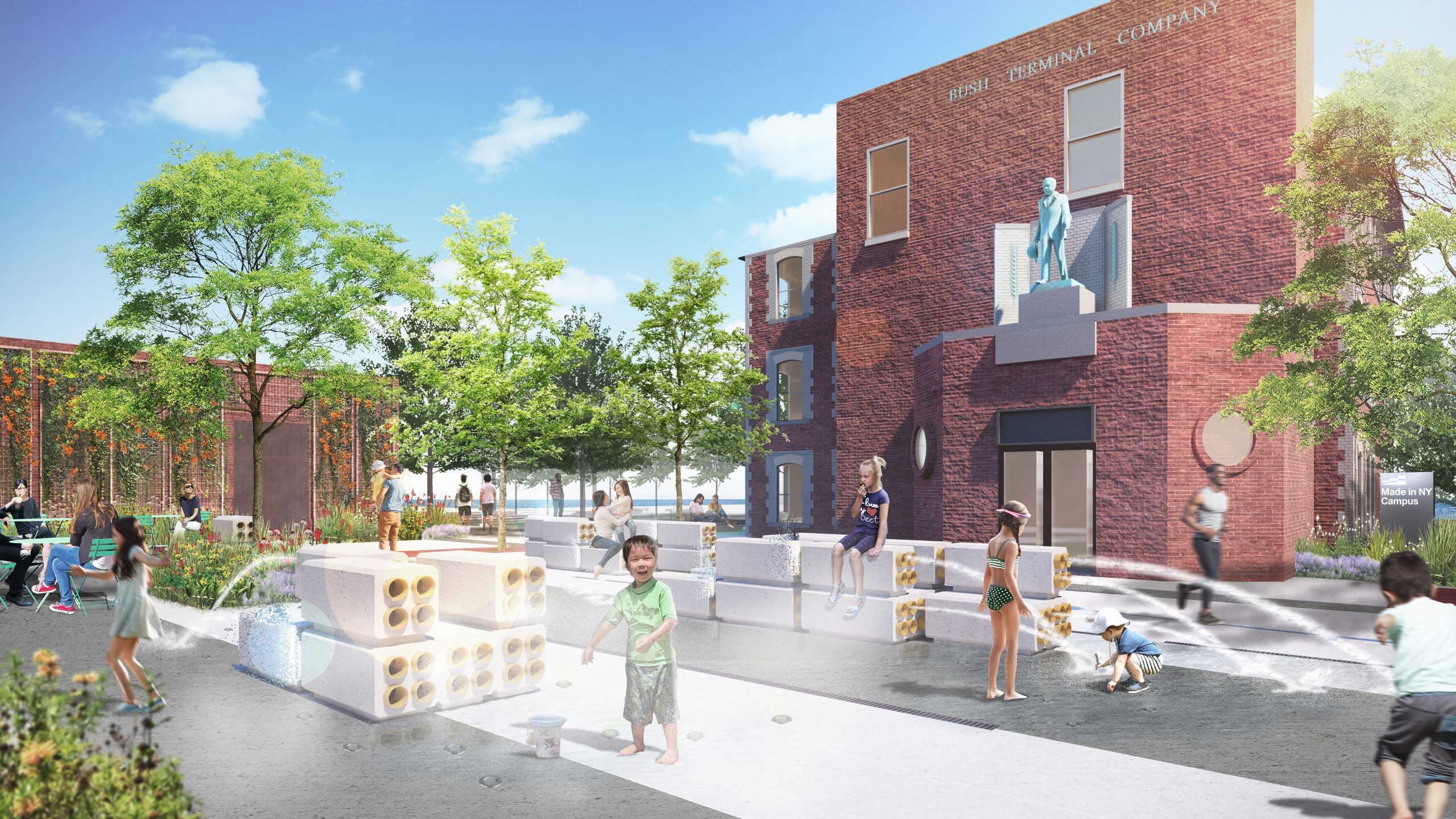