Previous News
Next News
The 2100 Project: An Atlas for the Green New Deal at The McHarg Center

This semester, Barbara has been serving on the jury for a design studio led by Billy Fleming and focused on The 2100 Project: An Atlas for the Green New Deal. The McHarg Center at UPenn has taken on designing the Green New Deal through several initiatives – on September 5, the center hosted a series of wide-ranging public discussions on the future of climate change and designing the Deal. The 2100 Project Atlas aims to use the project as a vehicle for generating new research into how national-scale transformation may unfold. As designers, we can add spatial expertise and imagination to the current Green New Deal movement – which has so far been led by organizers, economists, policy wonks, and others. The Atlas was conceived in relation to three intersecting issues: excess carbon, uncontrolled systems of extraction, and population growth. While taking on these challenges requires asking unsettling questions, the Green New Deal is a bold and necessary start with an ambitious spirit. The Green New Deal is scaled to the challenges we face and could revolutionize our systems of production and transform how and where we live. Read more coverage on how the studio is illustrating the massive scale of current challenges here. 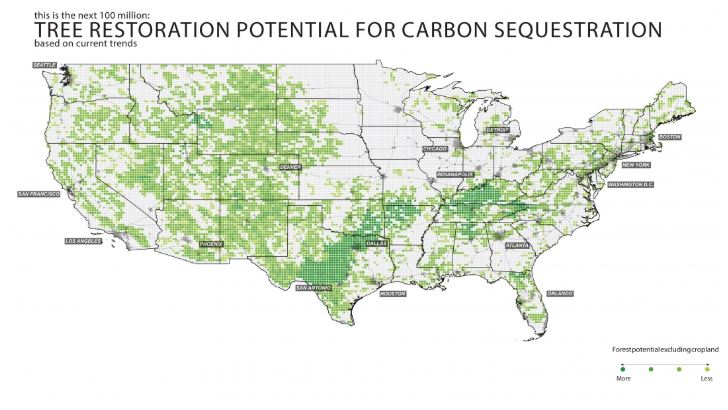