On Saturday, June 4, the USS Constellation Education Center/Inner Harbor Water Taxi Terminal opened its doors. W was the architect on the project – which has taken about 22 years to realize!

The building serves as a visitor center and boarding platform for the 1854 warship that is one of the city’s main attractions. The ship is a Living Classroom and open for tours. The flat roof, with sweeping views of the harbor, will serve as an event rental space. The new building has a glass exterior and has two translucent bulkheads that enclose the stairways.

Christopher Rowsom, executive director of Historic Ships in Baltimore, sees the Constellation’s return to the pier and the education center’s opening as part of a wave of activity that promises to draw people to the city’s downtown waterfront.

Read the coverage in the Baltimore Fishbowl here. 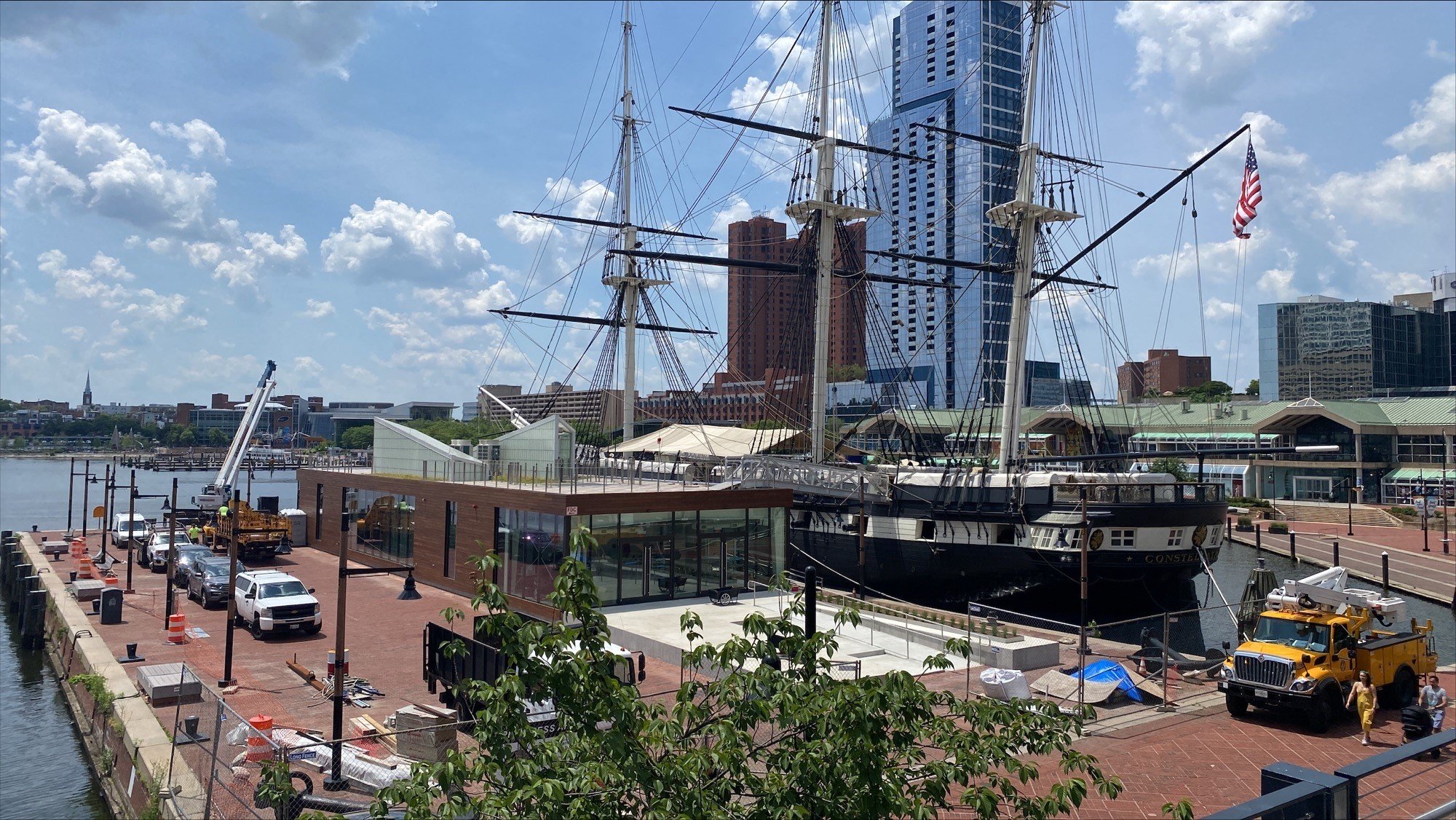