The area around Penn Station is one of the grittiest and busiest in NYC. Plaza 33, a temporary pilot project, was designed and implemented in six weeks and transformed the space into an oasis for gathering in the city.

The design responds to the existing challenges of the street. The surface of the street and the sidewalks were painted in the same grey and white pattern to unify the space. The layout of the new planters, bleachers and sculptures carefully allows for thru pedestrian traffic, which is very heavy in the area, as well as places to get out of the flow and people watch, eat lunch or just gather with friends. The main bleacher stadium element is multi-functional, incorporating stage, seating viewing and planting areas. Its height screens the Madison Square Garden loading dock and allows views out to Seventh Ave illuminated signage and the Empire State Building.

Two sculptures were positioned in the space.  The first “S-Man” by Keith Haring, was centered on the mid block pedestrian corridor.  The second Roy Lichtenstein’s “Brushstroke Group” was placed near the plaza entrance on 7th Avenue. 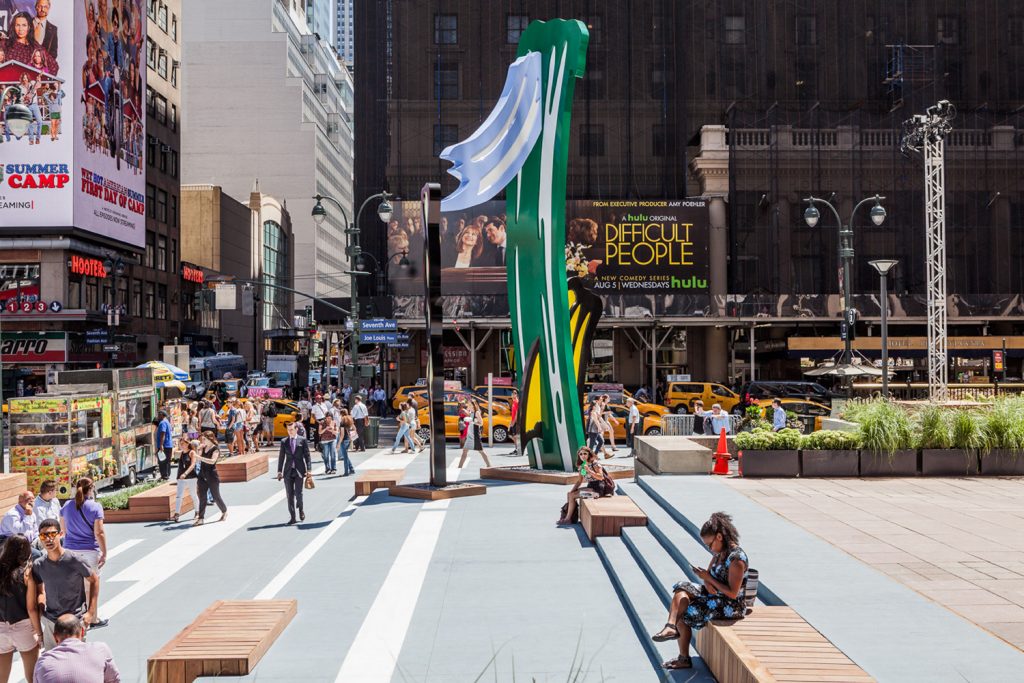 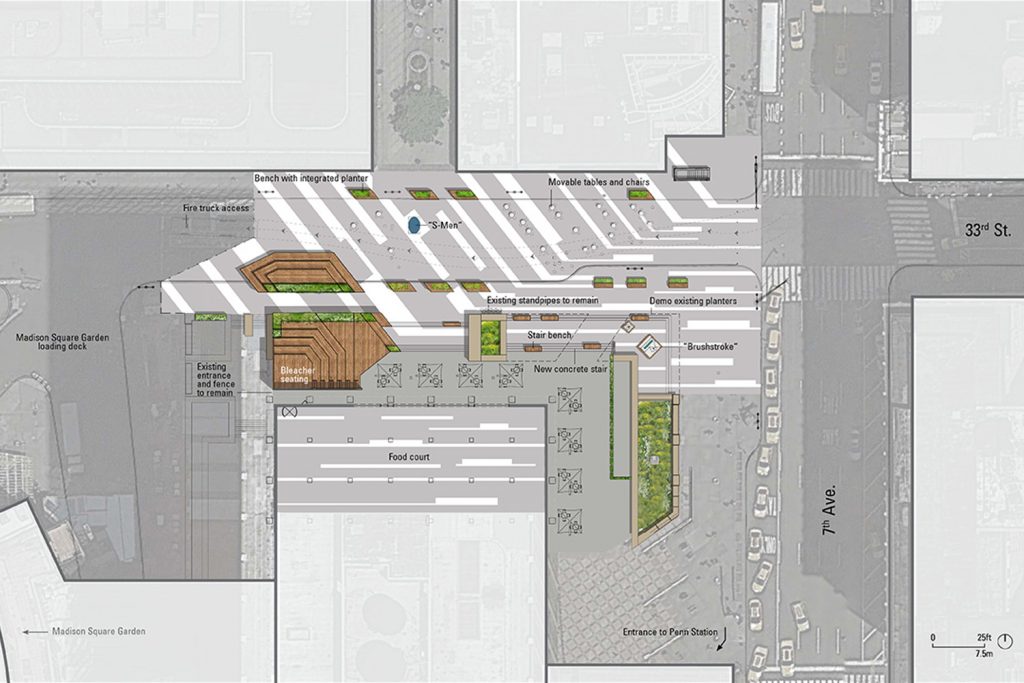 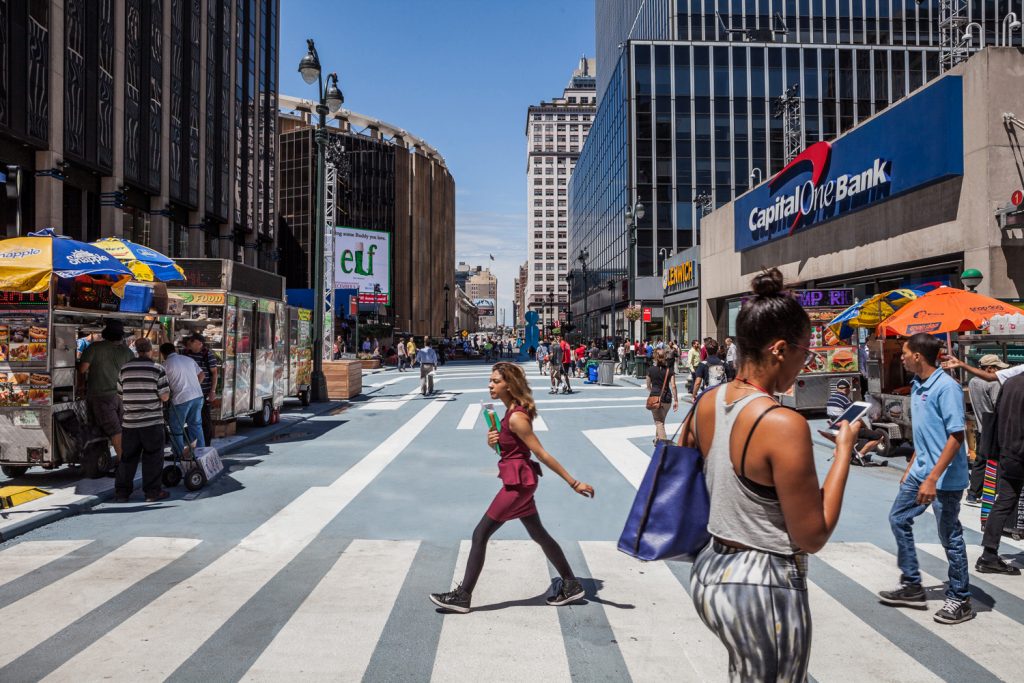 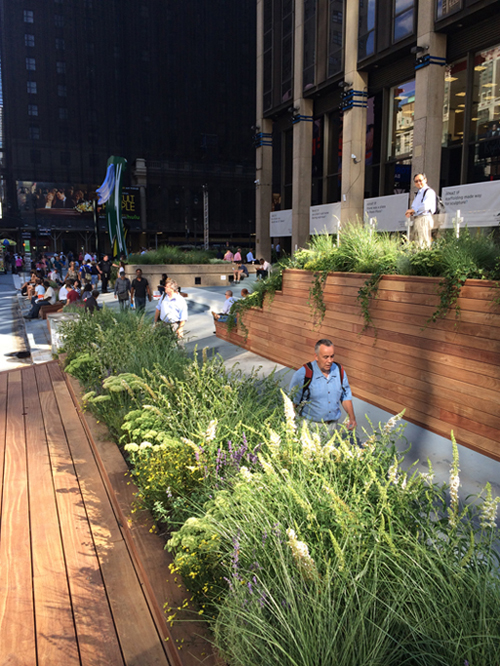 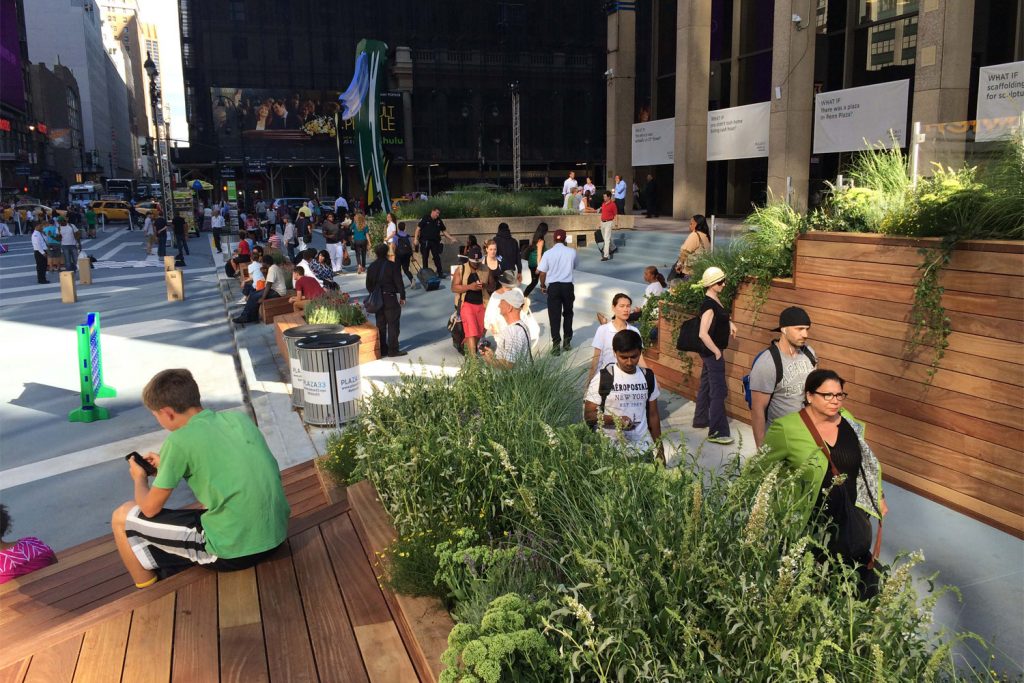 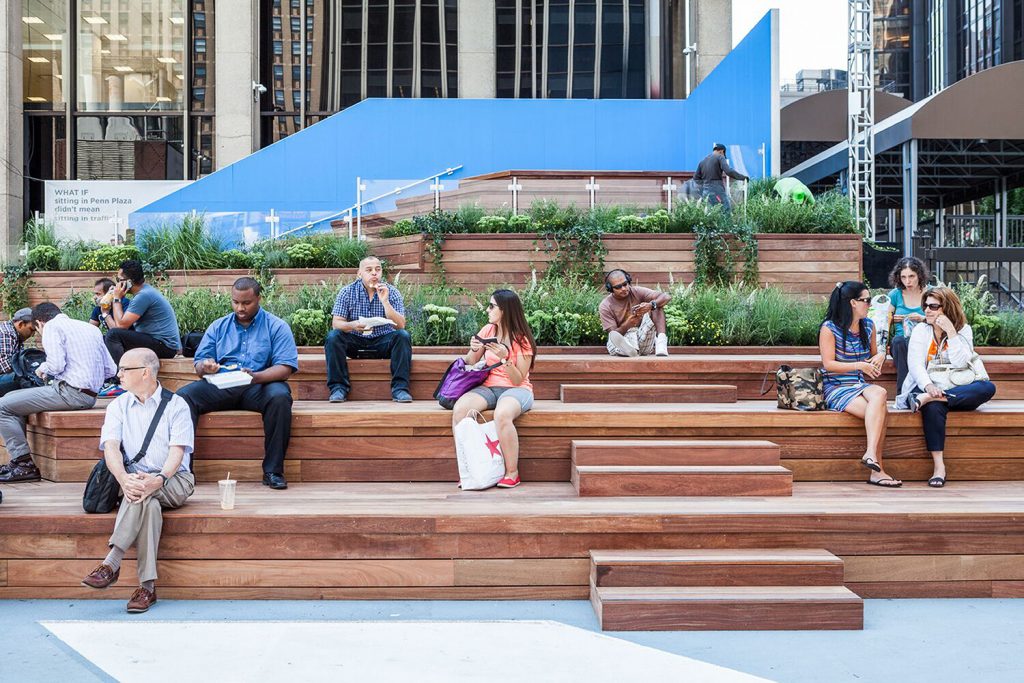 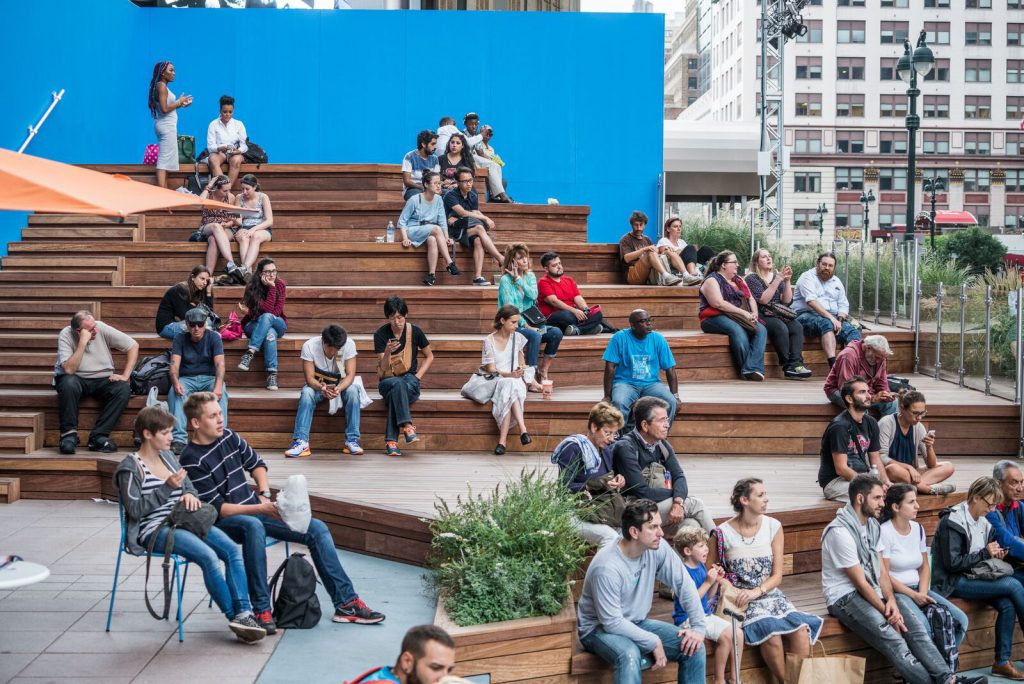 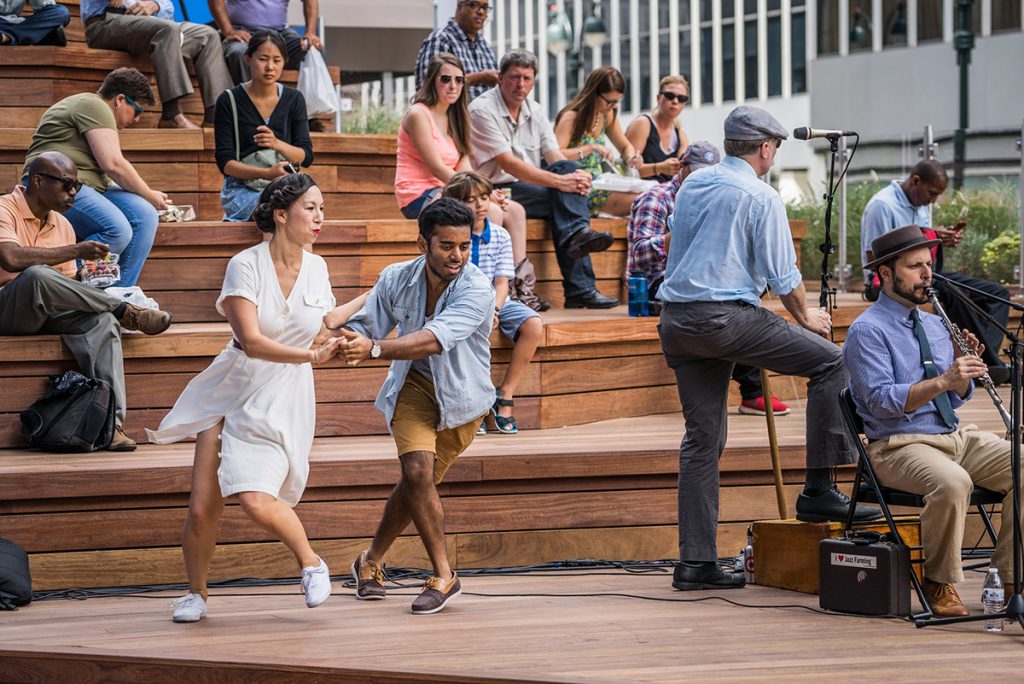 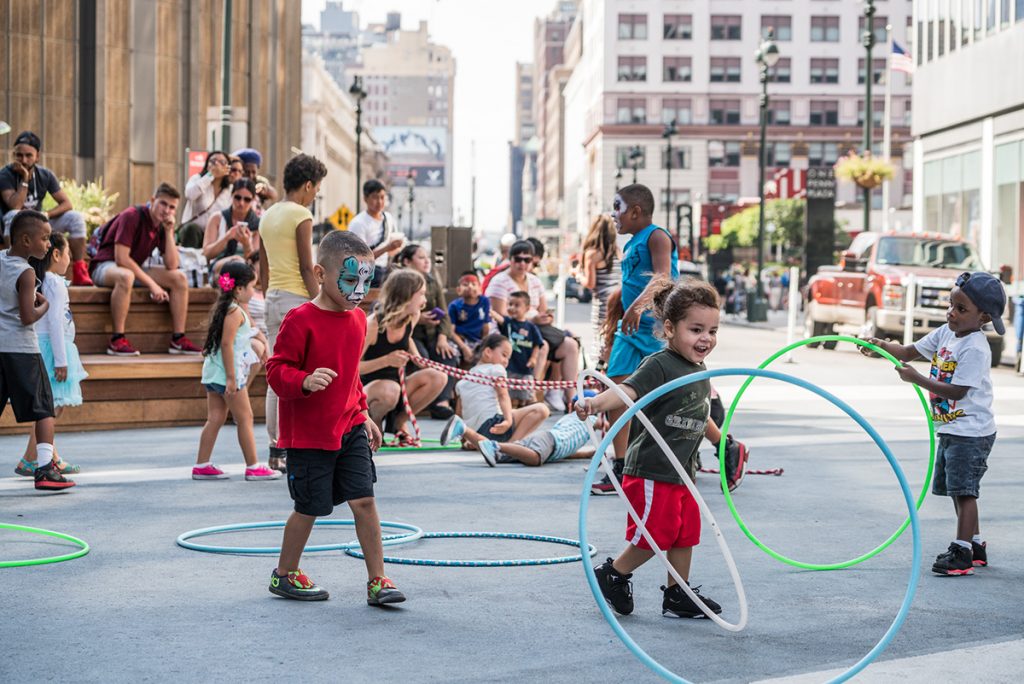 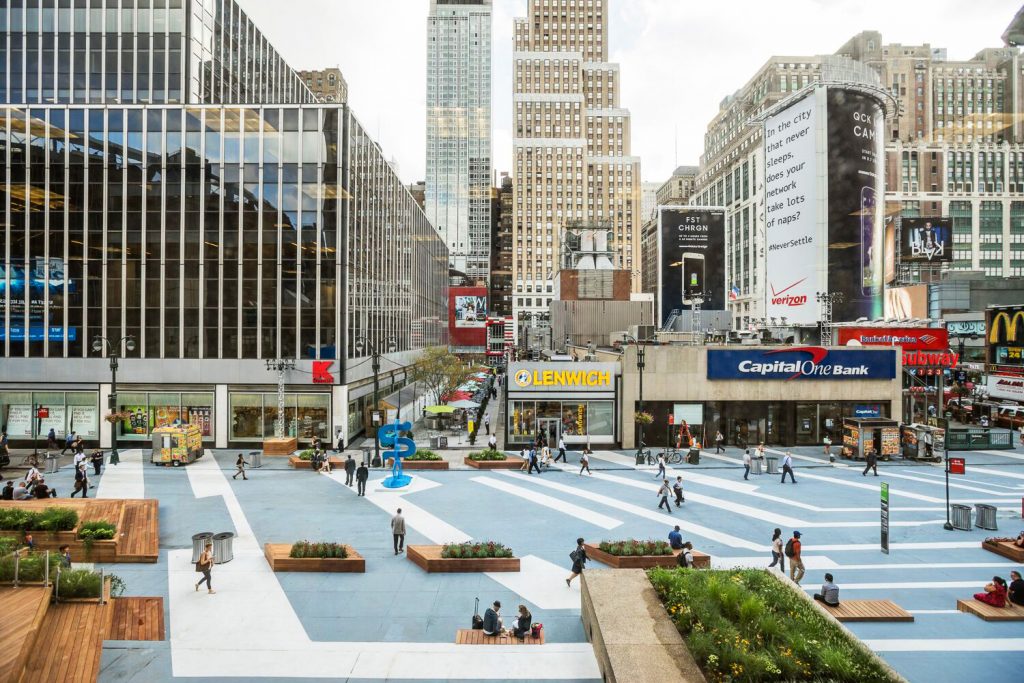 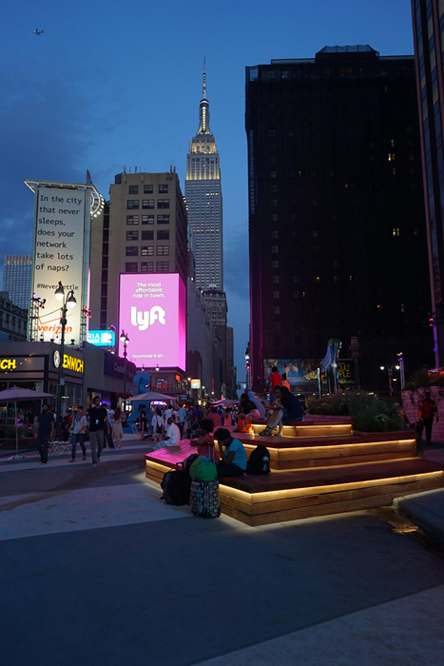